Bilingual children: one language at a time, or both at once?

by Rita | Mar 9, 2016 | Being the parent in a multilingual family, Bilingualism, Challenges | 0 comments 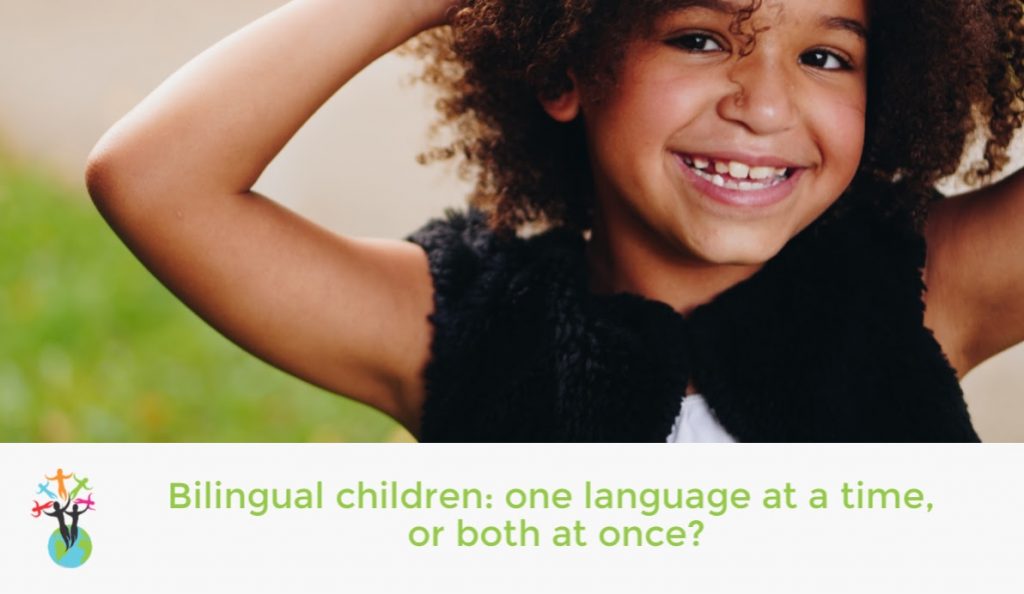 When more than one language is spoken in a family, parents in face the choice of whether their child should learn both (or all) languages in parallel or if they should let the child’s skills in one language become established before starting to learn the second (and possibly a further) language.

The decision whether to go for one language at a time (also known as sequential bilingualism) or choose speak both since birth (also known as simultaneous bilingualism) depends on a few factors. The main things to take into consideration are how much exposure the child is going to get for each of the languages and whether one of them is going to be the strong majority language once the child starts attending nursery or school.

In families which use the one parent, one language (OPOL) family language strategy, children are usually simultaneous bilinguals. If both parents speak a minority language and have chosen the minority language at home (mL@H) approach, and if the child does not learn the next language until after the age of three or four years, the child is a sequential bilingual. Note that these are just names for the order in which languages are learnt, and children can become equally fluent in their languages independent of whether they are sequential or simultaneous bilinguals.

The decision of course depends on what languages each parent knows and what language pattern is viable in the family. Each family is unique and will have to adapt any suggested approach according to their circumstances.

Why switching to the majority language is not the right choice

There are several reasons why the advice to switch to speaking only the majority language with a child is highly questionable.

Is it too late to introduce a minority language?

Does this mean that if you didn’t start teaching your child your language since he or she was born, the boat has sailed? Of course not. You can start at any time, but you do need to be prepared to put in a concerted effort – read my post on (re)introducing a family language for ideas. Also, please remember that even a receptive language knowledge will benefit your child and make it easier to learn it later in life.