by Rita | Jul 1, 2015 | Bilingualism, Challenges, Language and bilingualism, Only happens to a bilingual | 0 comments 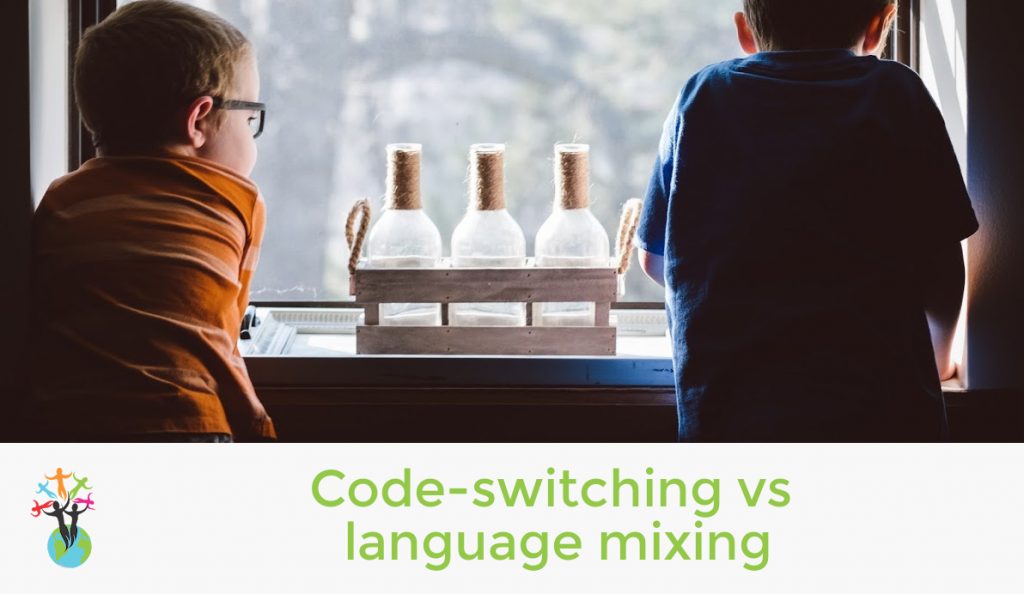 This is an extended version of a post from January 2013.

If you are a bilingual like me, you know we all do it – mix our languages when we speak to other bilinguals. When we cannot think of a word in one language or if there is a better expression for what we want to say in a different language, we simply pick and choose between the languages. Sloppy, lazy talk? Not at all! – It is called code-switching, a phenomenon which has been researched quite a lot in recent years.

Jacqueline Toribio, Professor of Linguistics at the University of Texas at Austin, defines code-switching as follows:

What I once considered “jumble talk” is not random at all! Code-switching has its own set of intricate rules and actually adds much more to communication than just a word or phrase from a different language. As an adult bilingual, you do not code-switch with someone who does not understand the other language. You normally also keep the grammatical structure of the core language. (Note that code-switching should not be confused with variants of languages which consistently use certain words or phrases from another language, such as the Swedish spoken in the Helsinki area in Finland, with Finnish words and phrases thrown in.)

Earlier this year, during the International Conference on Bilingualism in Malta, I had the opportunity to listen to one of the leading authorities on code-switching: Penelope Gardner-Chloros, Professor of Sociolinguistics and Language at the Birkbeck University, London. She gave a lecture on the future of the research into code-switching and shared some of the interesting findings of recent studies.

Early research focused on code-switching as being just a variant of monolingual communication, whereas newer studies have shown that code-switching as a process often carries a meaning in its own right. By code-switching the speaker can emphasize his or her identity as belonging to a certain group, or it can be used to show support for multiculturalism. It can however also be used as a tool for expressing power, by excluding those who are not familiar with the other language.

What about your little bilingual randomly throwing in words from all the languages he or she knows – is this code-switching as well? No, not yet. Small bilingual children frequently mix the languages they are learning. This is completely normal. Everyone sometimes struggles to find the right word, even those who speak only one language. Bilingual children have the advantage of another set of words to pick from – why would they not not use it?

Although children’s language mixing might be a bit confusing, it is not something to worry about, and certainly not a reason for giving up on raising a child to be bilingual. Sooner than you can imagine, your little linguist will learn to distinguish his or her languages, and switching to the right language with people will become second nature.

Until children acquire the awareness about what belongs to which language and who understands what, they might occasionally use the wrong language with a person. The way to react to it is not to make a big deal of it, but help the child find the right expression. You can ask “How would mummy/daddy say that?” – not prompting for the specific word, but asking for the meaning. The answer might be a longwinded explanation, but you will get one.

It is good to advise grandparents and other people who spend time on their own with your child that language mixing may happen and how to deal with it. Especially for grandparents it is important to point out that this is a phase which will pass, and that they should not be upset if their grandchild does not know a certain word in their language.

To sum it up, if you are bilingual and love to throw in a word from one of your other languages when you speak, you are a sophisticated code-switcher. If your budding bilingual is creative and mixes the languages, it is just a part of the learning curve!