From the diary of a bilingual mother, part 9 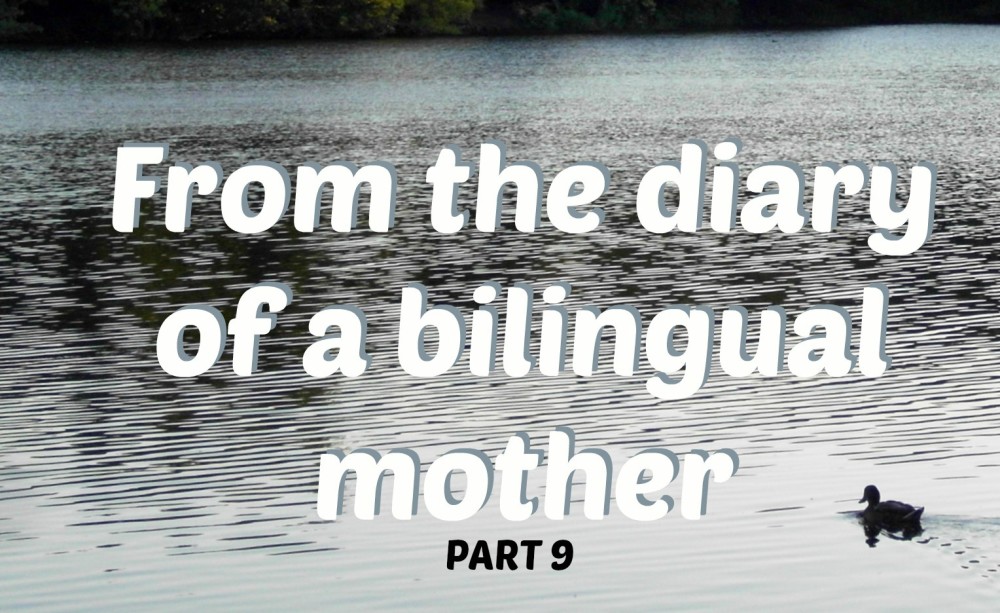 Follow the joys, challenges and everyday life of a bilingual mother. The diary is 100% fiction, but the emotions and dilemmas are very real!

Finally I have got time to write down my thoughts again! The move is over, we found a nice house in an alright neighbourhood, and so far we are loving our new home country. There are still lots of unopened boxes around and I am yet to find the kettle, but we are coping! Hubby loves his new job, and best of all, he will be able to spend a lot more time with S and D – which is good, because they are going to need his input to make sure their skills in his language keep developing! The bedtime stories will no longer be in my language only … which is great, but which also worries me a bit. What if the kids will now always want their stories read in daddy’s language!? (D did whisper to me last night that she likes my stories better, so that’s a relief 🙂 )

We ended up enrolling S in the local school, instead of the international school. There were several factors: it is smaller and closer to home – next year I am confident he will be able to walk to school on his own (many kids his age do so here). The teachers in the local school were welcoming, and they have had several pupils who didn’t know the local language when they started. The international school is also very good, but as we are planning to stay here for the considerable future, we wanted S to integrate into the local life and learn the language. From the parents I spoke to in the international school I also got the feeling that many of them were actually not that interested in the local community and seemed to be in a transitional mood. The families come from many different countries so S would definitely have been able to identify with them – he would not have been the “odd one out”.  Many of our friends have told us that we are making the wrong decision – that we should have chosen the school where he could have continued his education in the same language, and that we are putting too much pressure on him with the many languages. It’s hard – you want to do what is best for your children, but how to know what is truly the best option? Anyway, the decision has been made, and we will just have to deal with whatever happens.

Thankfully, S loves his new school and has not asked me to come in with him after the first day! Now he wants me to teach him the local language, so he will learn it quicker… This is quite a dilemma for me. I know he will soon pick it up and will within a year probably sound like a local, putting both me and his daddy to shame by correcting our pronunciation and word choices! S does however not know this and wants to be able to use the language NOW – he has asked me to translate everything to the local language when I speak to him. I am torn – of course, I want to help him as much as possible to settle in, make new friends and participate in school life … but what about my language? If I switch, there will be hardly any exposure for him to my language. He will only hear it when I speak with D. This is not how I wanted things to turn out.

Had a long discussion with hubby about what to do with the language choices and how to support S without giving up on our own languages. We do want to be there for him as he is so keen to learn! Neither of us thinks that is a good idea to give up on the language we speak to him – it would also feel strange to speak different languages to the kids. S suggested that we also speak the local language to D, so she learns it before starting nursery, but that we will not do, as she would miss both our languages if we did. I don’t know if this is going to work, but we agreed that both daddy and I will help him for a couple of hours during the weekend, if he wants. We will use the spare room for these “lessons” and not use the language any other time. To be precise, in addition, we did promise to act as his walking dictionaries whenever he needed to know a specific word or phrase. S seems happy with this compromise, so we will have to see how it goes.