How languages help you in your career – examples from my life

by Rita | Apr 3, 2013 | Bilingual benefits, Bilingualism, Language, Only happens to a bilingual | 0 comments 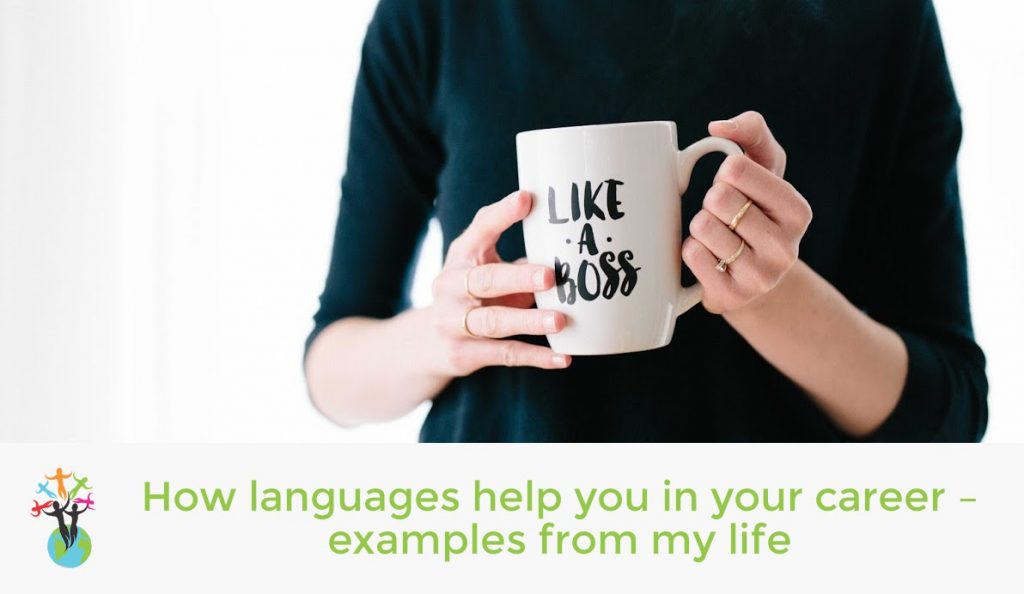 Being able to speak more than one language is definitely beneficial to your career, I know this from my own experience. Sometimes this manifests itself in ways that you could not have imagined. Finding a job in today’s competitive world is a challenge and will certainly be even more so in the future. Any advantage you can get on the job market, you should definitely go for. So raising your children to speak more than one language will be beneficial for them later in life, trust me.

My first two summer jobs I would never have been able to get had I not spoken both the official languages of my home country, Finland: Finnish and Swedish. After studying German at the university, I worked as a language teacher at an adult learning centre and later at the university. Then I went on to an editor and translator career. Those jobs are a bit obvious you might think, living in a country with two languages and studying languages. True, I admit.

The next example isn’t at all obvious though: for a while I became a laser machine programmer – because I knew German! … and this was in Finland, not in a German speaking country. How come? Well, the company I worked for at the time bought a shiny new laser cutter (for metal) and they wanted to get it up and running, generating revenue as quickly as possible. Engineers had to be trained in programming it – the problem was however that instant training was only available in German. You can see where this is going, can’t you? I was the only German speaker in the company, so I was asked whether I would like to attend the training. “Why not?” I thought – I have always been up for a challenge, so I agreed and a couple of weeks later I was off creating the programs for the laser cutter. Later on I assisted in training the engineers to do the same. Had I not had the language knowledge, this opportunity would clearly never have arisen.

Amongst the first jobs I had after moving to England was as a multilingual IT support person. The task was a bit daunting as it was actually supporting programmers, not end users, and though I wasn’t a novice in IT, I certainly didn’t feel confident to be advising developers. What changed my mind was when the head of the company said that they had been through several failed attempts with IT professionals in the role, and that they had come to the conclusion that it is easier to teach a person with language and communication skills the IT part of the job, than to train IT people to communicate with customers, and to teach them even limited language skills. Again, my ability to speak with customers from different parts of the world came up trumps. Oh … and yes, I did pick up the necessary IT knowledge as well.

In today’s multicultural world, where communication across borders and communities is part of every day working life, there will always be a need for someone with an additional language (or two), no matter which language. The earlier someone learns a language, the better they will get at it and the easier it is to learn another – so don’t miss out on passing on all family languages to your children!