Q&A: Are three languages too many for a small child? 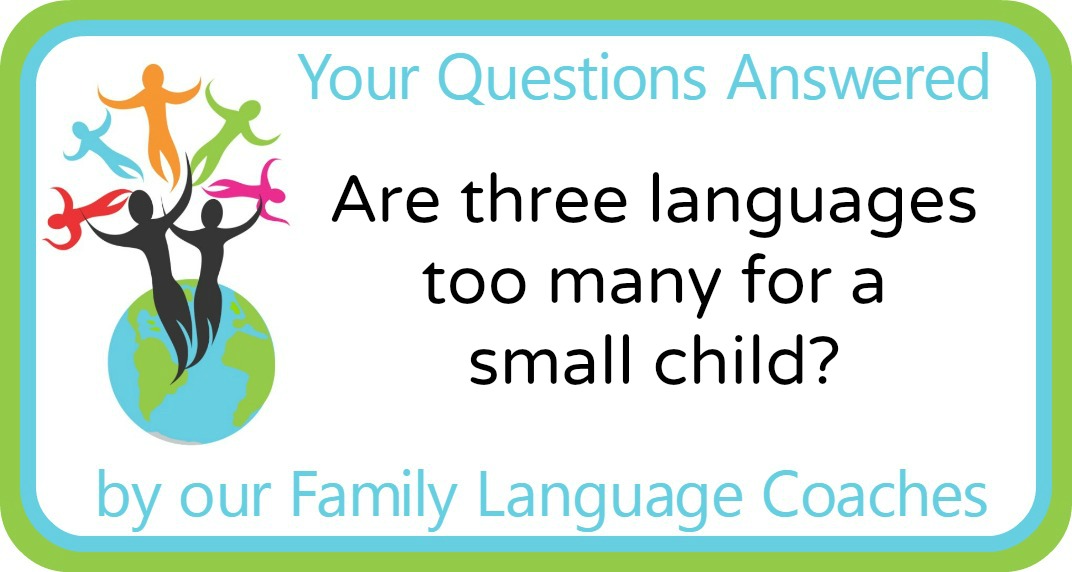 I have a question concerning a triligual environment in which my daughter (9 month old baby) lives. I am Serbian and my husband is French and we are currently living in France. I am speaking my native language to our baby and my husband his. She is going to a French nursery since she was 4 months old.

The thing is that at home, my husband and I speak English to each other. My question is: Is it too much for her, three languages at the same time and should we expect some kind of a delay (we heard that those babies start speaking later than the others). How to proceed?

Grateful for your opinion!
Ivana

Thank you for your question about your little daughter’s trilingual upbringing.

Small children are amazingly apt at keeping languages separate, so please don’t worry about your family’s language situation. You live in France, your daughter attends a French-speaking nursery and her father speaks French to her, so French will most likely soon become her strongest language. The Serbian exposure will come solely from you, so it is important that you stick to your own language all the time when you speak directly to your little girl. Try to arrange as much varied Serbian exposure as possible for her when you are with her.

Since English is the language you and your husband speak together, your daughter will also pick up some English, in so far that she will start to understand what is spoken (receptive bilingualism). Depending on how much English she hears, this may take a while to happen. It is however not harmful for her language development – on the contrary, and it will be useful for her at the point when she starts learning English at school.

There are big differences in the pace at which children start to speak, independent of whether they learn one, two or more languages while growing up. There is no evidence to say that bilingualism causes language delay (note that I use the word ‘bilingualism’ to refer to more than one language, so it can be two, three or even more languages).

Previously found “evidence” for a language delay was based on research that measured bilingual children using monolingual standards. Bilingual children may learn things in a different order, but by the age of five they are on average at the same level in their languages as monolinguals are in their one language. My own daughters were very different in their language development: one very early, the other a later talker, but both grew up to fluently speak the family languages.

To sum it up, three languages are not too much for your little girl – and there are millions of trilingual children in the world to prove the case.