Q&A: How to change a situation where one parent feels left out in a multilingual family? 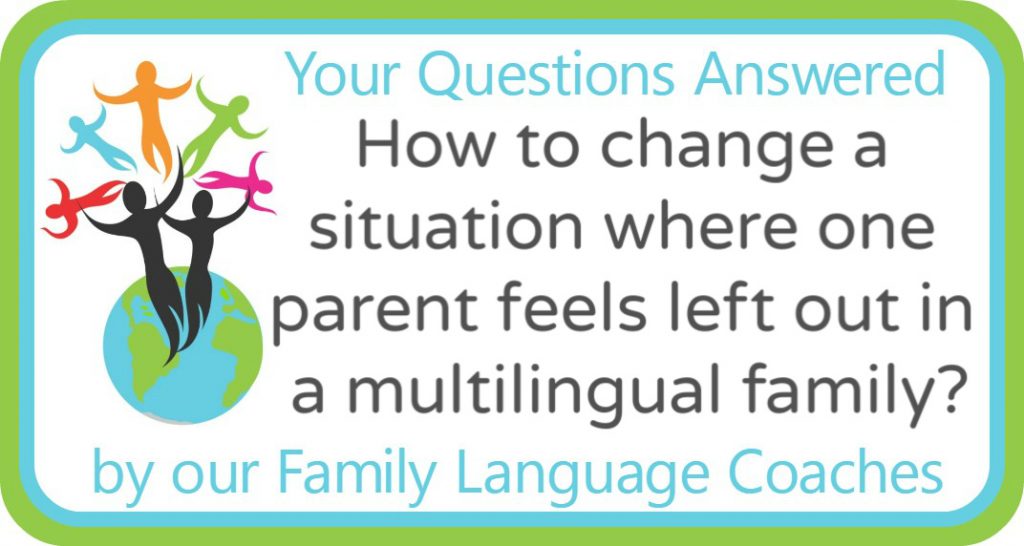 My wife and I were ethnically Chinese, but she was mostly raised in Japan and considers her native language Japanese. Before we had our first child, we spoke a mix of Mandarin and English at home. While I have familiarity with Japanese (just catching keywords and such), I do not know the language well enough and unfortunately am not interested in learning.

We now have two daughters and I was initially surprised when my wife started speaking Japanese to our older daughter. She explained to me the one-person, one-language concept, and I agree this is great for our daughters. However, I have significant issues and reservations when we have meals together as a family of four where Japanese is actively used.

Between the four of us, English or Mandarin are the common languages and I would think context matters. My work is very busy such that we don’t have a lot of family time together and I would like to feel comfortable.

I had an argument with my wife about this many years ago but have not spoken about this since. I do not know how much she knows that I dislike this. I feel like this is very disrespectful behaviour and not teaching our daughters proper etiquette.

Thank you for your message and for bringing up a very important topic: how a multilingual family can leave a family member feeling excluded, if they do not understand one of the languages used.

My biggest concern is that you have been feeling uncomfortable about this for years and have not brought it up with your wife again since the first disagreement you had about the languages spoken when you are all together. Unresolved issues like these tend to get more difficult the longer they are ignored, so – in my opinion – it is now high time to address the situation.

You may well be right that your wife does not realise how much this affects you. Maybe she thinks that since you did not bring it up again after your row, you are fine with the situation in your multilingual family. As you are not, it is very important that you discuss this again with your wife. Do this when you are both in a calm mood and have the time to sit down and talk, with as few distractions as possible. Maybe even try to get someone to look after your daughters for this time.

Go into the discussion with an open mind, without accusations. What has happened so far is now behind you and the important thing is to find a way to move forward with the languages in the family in a fashion where everyone can feel comfortable. Explain to your wife how you feel excluded and invite her to suggest how you could together work on improving the situation. It is important that you ask her for ideas and don’t attempt to present your solution as the only right way.

For example, could you start by making either English or Mandarin the common language during mealtimes? Agree on how you can let your wife and daughters know when you feel left out – and dont’t forget to make them aware that you would like to take part in the discussion. If you do not tell them, they will not know.

The one parent, one language approach is a very common one, and for your multilingual family it is probably the one that makes most sense. The strategy does however not require either of you to be 100% strict in your choice of language. Your wife and daughters are by now used to speaking only Japanese with each other so it will take some time for them to change this pattern. Please be patient and gentle with them when they learn the new approach. Keep in mind that if they are not aware how you are feeling, they will not perceive the situation as disrespectful in the same way that you see it.

I know that you write that you are not interested in learning Japanese, but maybe you could also rethink your stance and make an effort to learn at least some words, simple phrases and maybe a game you could play with your daughter in Japanese. By showing your own willingness to change your attitude you may find that the whole situation becomes easier.

Wishing you all a harmonious and successful multilingual family journey!