Q&A: If a child loses a language are all the benefits of bilingualism gone? 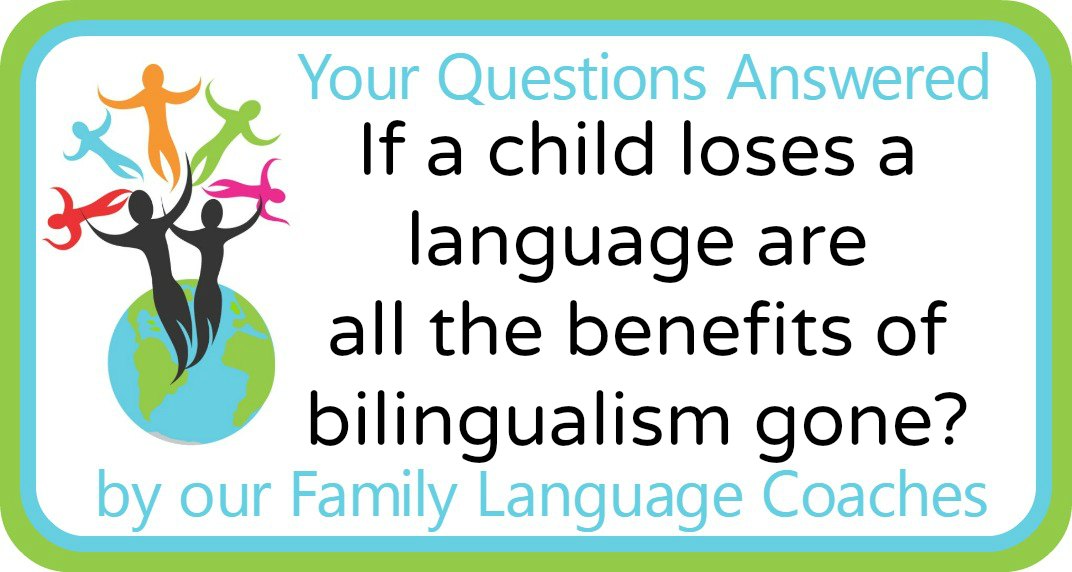 I am a German single mom to a soon 4-year-old boy. He was born in Finland and we’ve been living here all the time. At home I only speak German to him. He started to attend Finnish daycare at age 1.5 (part time), full time from age 2.5. Although his language development is naturally a bit behind his monolingual peers, he speaks both languages with ease and can switch between them depending on who he is talking to.

As he spends approximately 45 hours a week in daycare, Finnish seems to become his stronger language. I’m considering moving back to Germany within the next year or so, and I am now concerned about a couple of things.

I appreciate your response.
Diana

Thank you for your question about your son’s bilingualism and how it will be affected by the move from Finland to Germany. It is fantastic that your son can easily switch between German and Finnish, depending on who he is speaking to, what a great skill to have at such a young age!

With regards to your specific questions: