Q&A: Does introducing a new language impact on learning to read and write in another? 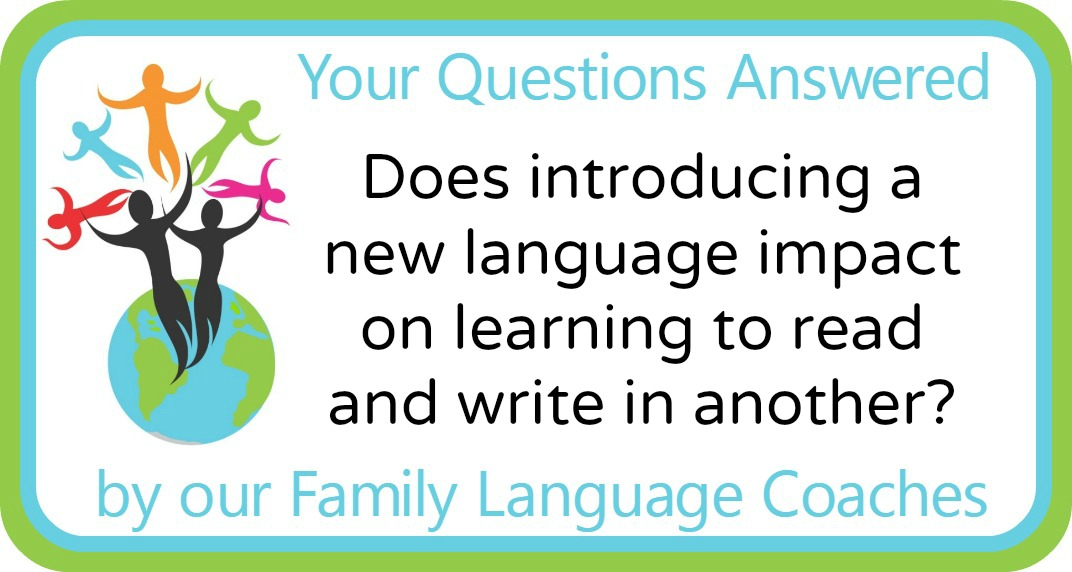 in search of advice I have found your webpage and hope you can help me with the following problem:

Our family (me, my husband, and two boys, aged 4 and 6.5) are German living in Norway. Both kids go to Norwegian kindergarten/school, so the surrounding language (possible strongest language) is Norwegian, but at home we speak only German.

My eldest is currently in the first grade, and his teacher told me that his reading abilities are too weak so that he will get intensive instructions to help him learn reading and writing.

Since my husband also has Finnish citizenship (as do my kids), I wanted the children to learn Finnish from an early age (my husband unfortunately is not fluent in Finnish, since his mother stopped speaking her language with him exclusively when he was in elementary school, however, we both speak the language fairly well) so I was planning to enrol my son to Finnish lessons next school year. But now I am not sure if that would be good, whether it would delay or disturb his learning to read even more.

On the other hand, I was thinking being exposed to another language (one of his friends is bilingual Finnish/Norwegian) may motivate him to learn reading and writing. Until now, I have not practised with him reading in German, even though I read TO my kids every evening, but I thought i might confuse him with the different pronunciation of letters.

I would be thrilled if you could give me some form of advice or opinion based on your experience,

Thank you for your question on how to juggle the languages your sons are growing up with (German and Norwegian) and whether introducing a third language (Finnish) would interfere with or support learning to read and write the majority language (Norwegian).

Since you are not teaching your eldest to read and write in your home language German, his focus on literacy is currently in Norwegian. By the sound of it, your son’s teacher is on top of things and is taking the appropriate actions to support his learning. As I understand it, this is standard procedure with any pupil in Norway, and is applied independent of whether the child is a monolingual Norwegian-speaker or knows further languages.

Learning to read and write is a very different process from learning to speak, so I would not be worried about introducing your second family language, Finnish, to the mix. My presumption is that the classes would start with learning to speak and literacy would be introduced at a later stage. On the other hand, I do not think learning Finnish will spur on the reading and writing in Norwegian either. To sum it up, they can happen at the same time.

Just like learning to speak two languages in parallel (simultaneous bilingualism), children can learn to read and write more than one languages at the time. I know you have consciously decided not to teach him letters in German and this is fine, you should follow your instinct on this. Should your son however show interest in reading or writing German (this may well happen when he ‘grasps’ it in Norwegian), take his lead and help him at his own pace. He already has the awareness of the concept of different languages, so explaining to him that a letter may sound differently in German than in Norwegian is not too big a step for him.

In a few years’ time, if your sons have started using more Finnish, you will find teaching your sons to read and write it a much easier task, as Finnish is written exactly as it is spoken (with very few small exceptions). In this article I describe how my eldest daughter managed to learn to read Finnish at an early age just with the help of an alphabet-jigsaw.

If you want to read more about biliteracy, I can recommend Xiao-lei Wang’s book Learning to Read and Write in the Multilingual Family

in which she explains the process and gives advice on how to develop your own teaching and learning plan for reading and writing in the home language(s).

Wishing you and your family the very best!