Q&A: When to introduce a family language to a child who will attend a trilingual school? 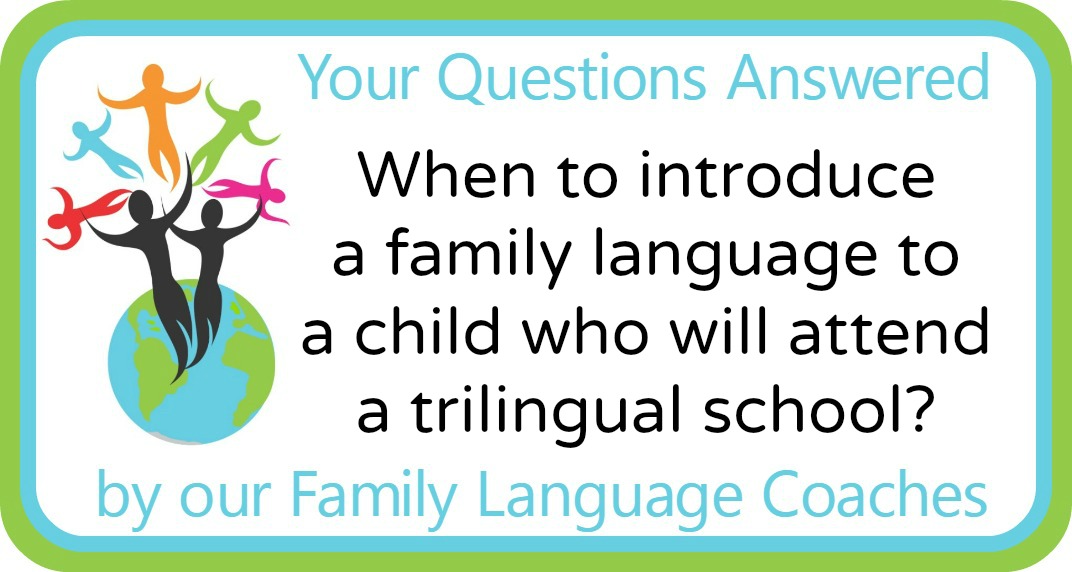 My husband’s native tongue is Cantonese and he also speaks Mandarin and English fluently. My native tongue is English and Korean and I also speak intermediate Mandarin. I do not speak a single word of Cantonese. We communicate together in English only.

The problem is this only prepares her for one of the three school languages. As it’s fiercely competitive to get into schools in Hong Kong it would be most beneficial for her to also have a basic understanding of Mandarin and already be fluent in English.

This means we would introduce her to four languages. Is that too crazy? Should we hold off on Korean until she is proficient in English, Mandarin and Cantonese first?

Thank you for your question – wow, four languages with fluency in one of them is a lot of expectation on the tender shoulders of a 2-year-old! Having raised a daughter who waited until the age of three until she uttered a single word combination, I am struggling a bit with this concept.

I understand your wish for your daughter to gain a place at a good school, but are you actually saying that they test their 2-year-old applicants on their language skills? Have you had a chance to discuss this with the school? Do they expect the children to be more or less trilingual before starting school? I am not familiar with the Hong Kong schools, but I would try to find this out in advance.

Your initial plan to use one parent, one language (OPOL) with you speaking Korean, your husband Cantonese and English as the common language is your best bet to passing on Korean to your daughter. I understand from your message that it is important to you that your daughter knows Korean, so I would not wait until she is proficient in English, Mandarin and Cantonese.

If you do, you might find it hard to introduce a fourth language to her. Both you and your daughter will at that point be used to speaking English with each other. If you will be the only source of Korean exposure for her, be prepared for a challenging task.

With your husband speaking Cantonese with your daughter, she would already have one of the school languages. She would also have a certain level of understanding (receptive knowledge) of English as she will hear you and your husband speak the language at home. If you wish, you can introduce some songs and rhymes in English and Mandarin, but only as a fun part of your day.

I have to keep reminding myself that we are talking about a 2-year-old here. A normal level of language development at that point is about 50-100 words and 2-3-word combinations. Many children develop later and still grow up to speak their languages fluently (like my daughter). Speaking about fluency at this age is complicated. With a child learning more than one language, all words and combinations in all languages should be considered when assessing their progress.

Think about your priorities – how would you feel if you were to skip Korean at this point, only to find it troublesome, maybe overwhelmingly so, to introduce it in a few years’ time? Would you be prepared to forego the chance for her to learn Korean at an early age in exchange for a place in a popular school? Note that I do not think that learning Korean early on and attending a good school are mutually exclusive.

I am also not saying that teaching her Korean later is undoable, but it is certainly not an easy task – especially not if you do not have others to support you with the language exposure. The decision is however yours to make.