Q&A: Which language will be dominant for a bilingual baby being exposed to two languages? 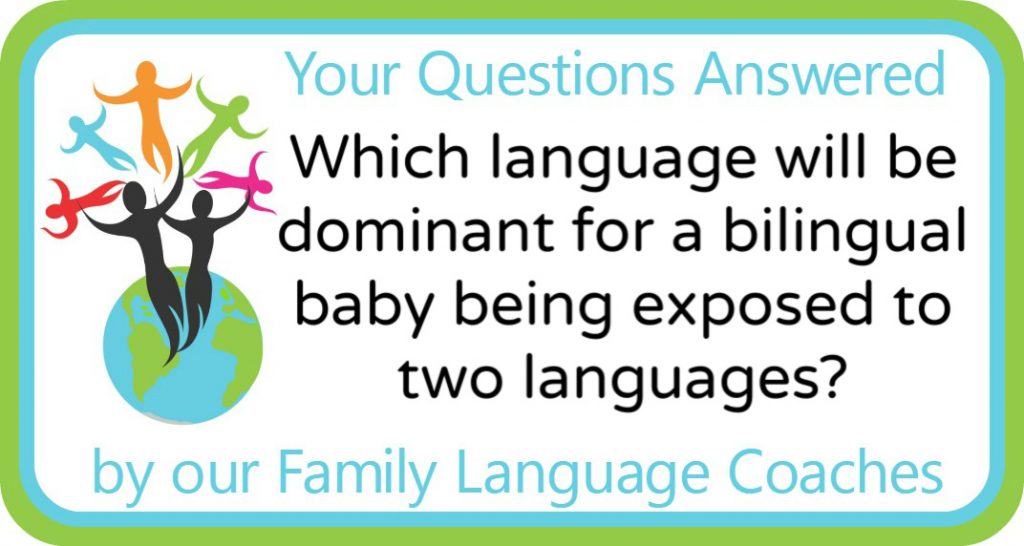 I have a 6-month-old son with my husband. We live in the US, and my mother-in-law speaks only Spanish to my son while she is taking care of him (M-F, 7-4:30pm). My husband is from Mexico, and I am from the United States.

My husband and I speak only English to one another, and to our son when we are around him. My question is – will my son and I have trouble connecting or communicating, if he prioritizes Spanish? And if so, how do I address this?

I want my son to be bilingual, but I am worried about my ability to communicate well with him, and our bonding, as I do not speak Spanish well. I want him to be able to speak proficiently in English at a young age, and have English be the priority language, however with my mother-in-law speaking only Spanish, will this be unlikely?

As my husband and I both have full time jobs, neither of us can be home with our son all day. When we are home with him, we do a lot of sound practice, mimicking, and talking to help him at this stage of his verbal development. I appreciate my mother-in-law speaking Spanish, but I do not want it to interfere with my own communication with my son, and his development of English.

Thank you for your message about your bilingual baby son’s languages.

Your son is fortunate to be growing up in an environment which is perfect for becoming bilingual. He spends his waking time about half immersed in Spanish and half in English, so will be a simultaneous bilingual.

Because your son’s language environment is so consistent, he will naturally speak English with you and his father and Spanish with his grandmother. I can understand your concerns about his language preferences, as he spends so much time hearing only Spanish during the week. However, rest assured that with the focus you and your husband are putting on the English input, your son’s English will progress equally well. That he learns Spanish from his grandmother will not negatively affect his ability pick up English.

Even though you are not fluent in Spanish, I do not think this will cause any communications problems between you and your son. Do not panic if he ever uses some Spanish with you, just keep on speaking English. Your son may initially mix his languages and choose a word in the language he knows it best. This is normal bilingual language development and nothing to worry about. He will soon learn to keep his languages apart.

It is difficult to predict which his preferred language will be initially – most likely there will be no strong preference either way. As soon as he gets more exposure from other sources, such as other children, media and the general surroundings, this – I presume – will be mostly in English. With the increased and more varied English exposure English will soon become his dominant language.

At that point your challenge will be to maintain his Spanish. For this reason, it is very beneficial that he gets a solid Spanish start in life. The stronger it is, the better his chances that he becomes and stays fluent in both languages. Of course, to maintain his Spanish, you will need to think what you will do once your son is no longer being cared for by his grandmother. Do you have the option of enrolling him in dual language education once he reaches that age?

Keep up with what you are already doing. Let him learn Spanish from his grandmother and provide a language-rich English environment for him at home, with lots of interaction. He may not yet say anything, but he will be chattering away both in English and Spanish one day.