Q&A: Which language(s) should a multilingual mother speak with her child? 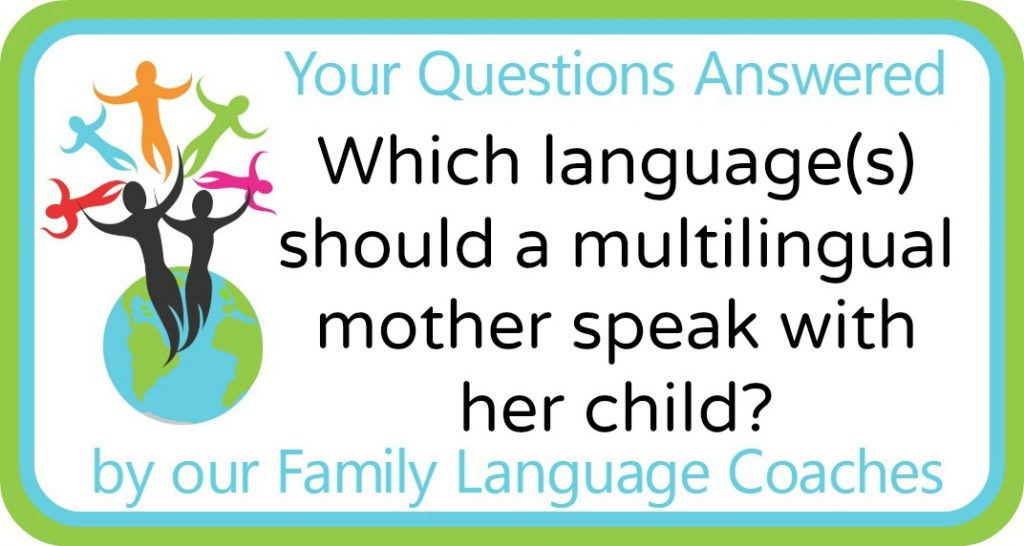 I am still in my early pregnancy, but like all ambitious mother to be, I’m already considering all kinds of scenarios regarding the baby’s future education. As a multilingual person, which language shall I speak to my baby is one of the most important question.

I’m native Chinese who has immigrated to the US in my mid-twenties. I speak quite fluent English with very little accent, although I do not always speak with the correct grammar and am not completely up to date with the expressions. In 2013 I moved to France to live with my French husband, who speaks only French fluently. The communication between us is in French.

Obviously, I want my baby to be able to speak Chinese fluently, but I also want him to get prepared for fluent English speaking. I have seen how difficult it is for a native French speaker to pronounce English correctly if they do not learn it in very young age. I wanted to be able to speak both Chinese and English for the baby, but I have two hesitations:

Another concern is that I speak all three languages quite naturally. For some expressions, I feel more comfortable with one of the three languages and for others another one. It all depends on the context or different knowledges I have acquired in different languages. I am afraid that my own confusion with languages might affect the baby.

I would really appreciate that you can shed some light on these issues.

Thank you for your question and congratulations on your upcoming family addition!

You are multilingual and would like to know how to best pass on both Chinese and English to your baby. You live in France with your French-speaking husband, so your child will no doubt also become a fluent in French.

Your dilemma is whether to speak Chinese or English, or both languages with your baby. There are some concerns you have with regards to the decision, and I will address those first:

Passing on one minority language to a child as the only parent speaking it is a big challenge, so passing on two is even more challenging. The French language will play a significant role in your child’s life, as this is the language spoken by the father, in the community, in media and in the home as the common language between you and your husband. The crucial thing is to find enough exposure time to the minority languages. Chinese and English.

You have not mentioned whether you plan to stay at home with your baby, or if she or he will attend nursery, and at what age. If you were to select a French nursery for your child, then the dominance of the French language will be even stronger. There would also be much less exposure time for Chinese and English, and it may be beneficial to choose to speak only one of the languages with your child.

These are the options you have and what you need to take into consideration for each one of them:

I hope I have given you some food for thought in your decision making and wish you all the best! If you would like to have a more in-depth answer, this would fall within my Family Language Coaching services, as I would need to conduct an interview and get more details about your family language situation and the different language exposure options available to your child.