Q&A: How to prioritise family languages and raise a trilingual child? 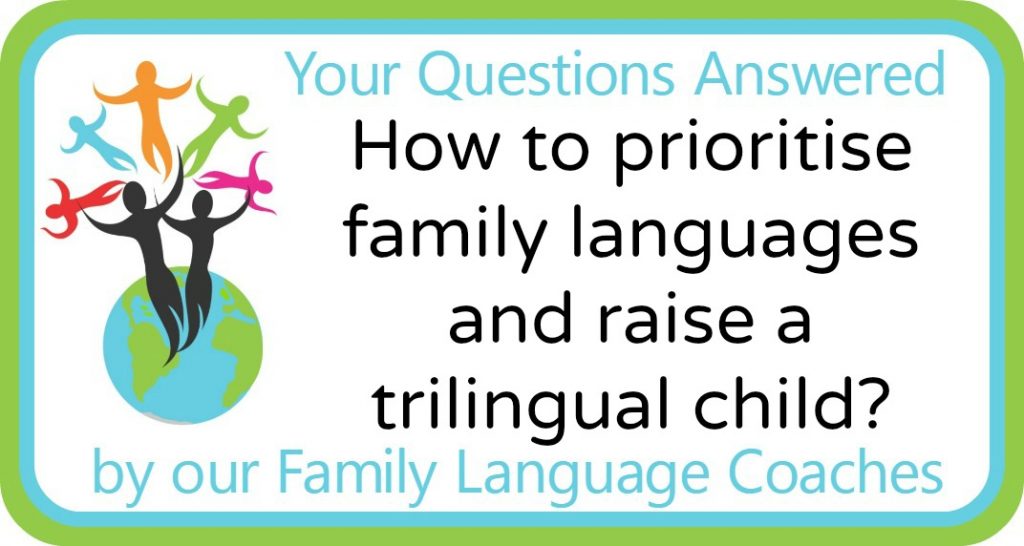 I would like some advice about how to raise our daughter speaking multiple languages. She is only five weeks old but I think we should work out what we’re doing now.

We live in an English-speaking country. I am English but also fluent in Spanish plus I speak some Farsi, French and a little Italian. My husband speaks Farsi and two minority Iranian languages (on phone to family members or friends in Iran plus a few friends here from the same region.) Together we speak a mixture of Farsi and English which is usually basic conversations in Farsi and anything beyond that in English as his English is far better than my Farsi.

I know our daughter will speak English fine due to our context and I feel confident about Farsi too as we have many Iranian friends. Therefore, I’d really like to raise her with an additional language.

Should I speak solely Spanish to her, husband Farsi and then English together?

Or, should I continue with mainly English and use Spanish for specific activities/times?

Should my husband and I speak mainly Farsi together? (I want to improve my Farsi anyway) as it’s important to us that she definitely develops fluency in Farsi.

Should his family members speak one of the minority Iranian languages with her? (This would only be on the phone currently but could still be daily)

Also, we don’t anticipate staying in an English-speaking country long-term (but at least the next five years) so should I just focus on English with her?

Congratulations on your bundle of joy! Congratulations also on thinking about your family language plan at this stage – it is so much easier to get into a routine early on than to change something later.

You both want your daughter to become fluent in Farsi and you have agreed that your husband will speak Farsi with her. You would want her to learn three or more languages. You have three main questions, which I will address in my answer: