Q&A: How can a single parent raise a bilingual and bicultural child? 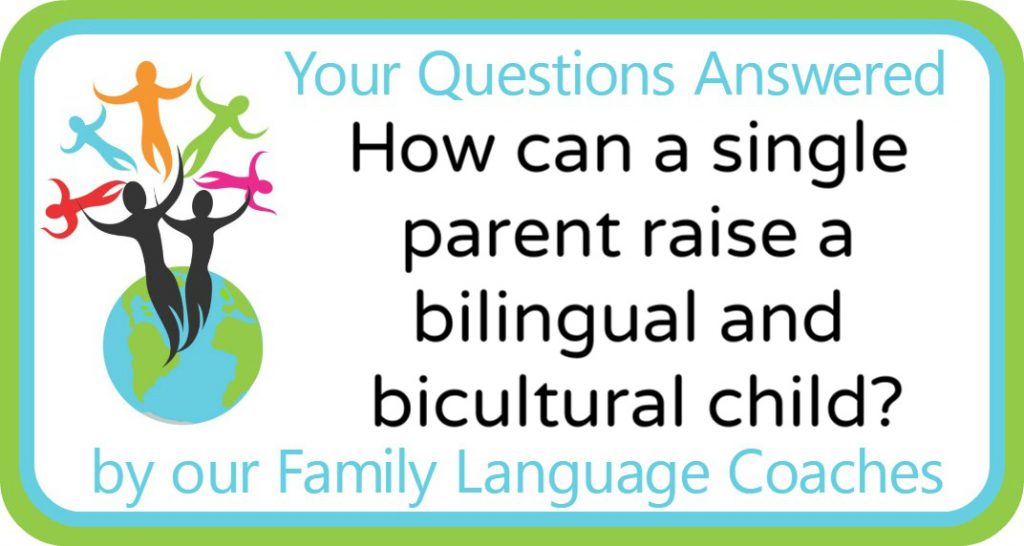 I’m expecting my first child in February. I’m going to be a single parent – my son’s father is Mexican and I’m white. My son’s father will not be in his life whatsoever, but I want my son to know his culture and know who he is on the inside.

I want him to grow up speaking as much Spanish as possible just like his side of the family. I would like him to be fluent in Spanish one day as well as English, but I only know very little basic words/sentences in Spanish. I’m trying to learn slowly and by watching movies/ tv in Spanish and listening to Spanish music, so I become more influenced by it.

I’ve been very influenced by the Latino culture just from where I have grown up, but I don’t want to confuse him as he gets older since I’m not fluent and won’t be able to follow the One Parent One Language route.

Just curious what are some good strategies I can pick up to help my little mixed baby know both sides of his heritage.

Thank you in advance! 🙂
Lillianna

Thank you for your question and congratulations on your soon to arrive baby son! I applaud you for already planning on how to pass on the languages and cultures of both sides of your son’s family. This is important for him as he grows up and his identity evolves.

It is perfectly possible to raise a bilingual and bicultural child as a single parent. We have answered similar questions in the past which you can find here and here.

There are several options for you to improve your Spanish, so you can support your son’s Spanish learning. You could start free online learning sessions, e.g. via Duolingo and check out free apps (these are for kids, but great when you are starting on the language learning journey. Here are some more tips for you to learn “like a kid”. And why not learn some Spanish songs you can sing to your son now already. Here and here are two more lists of helpful resources.

If you plan to have your son attend daycare or nursery look for either a 100% Spanish one or a dual-language one. This would a great help for him to grow up bilingual. Also check whether there are any Spanish playgroups in your area. Once it is time for him to start school, again, look for a dual-language option.

Don’t worry about confusing your son by using both English and Spanish, he will learn to distinguish them. You can sing and read to him in Spanish as soon as you feel that your own skills allow you to do this. When you have learnt a song in Spanish, sing it. Even if you feel that your accent is not right, it does not matter, when he gets more exposure to native Spanish speakers, he will adopt the accent from them.

If your son’s father’s side of the family will play a part in his life, then you could also ask them to help you with Spanish exposure and the Mexican culture. If this is not possible, it still sounds like there are plenty of other opportunities for you to keep the culture alive for him. When he grows you can learn more alongside him: practice cooking Mexican food, participate in Mexican holiday celebrations and hopefully you can one day visit Mexico together. The main driver for success is however your positive attitude and determination to pass on both the language and the culture to your son.

Unless you have the option of a Spanish-speaking nanny or some other person who would regularly spend time with your son, then you are right that the one parent/person, one language approach may not work for you. However, once your own Spanish-skills improve, you can try a variation of time and place, where you could choose to speak Spanish e.g. during one day a week, or in a certain room. You could also dedicate an area for anything Mexican and Spanish language in your home.