10 reasons why your bilingual child has an advantage at school 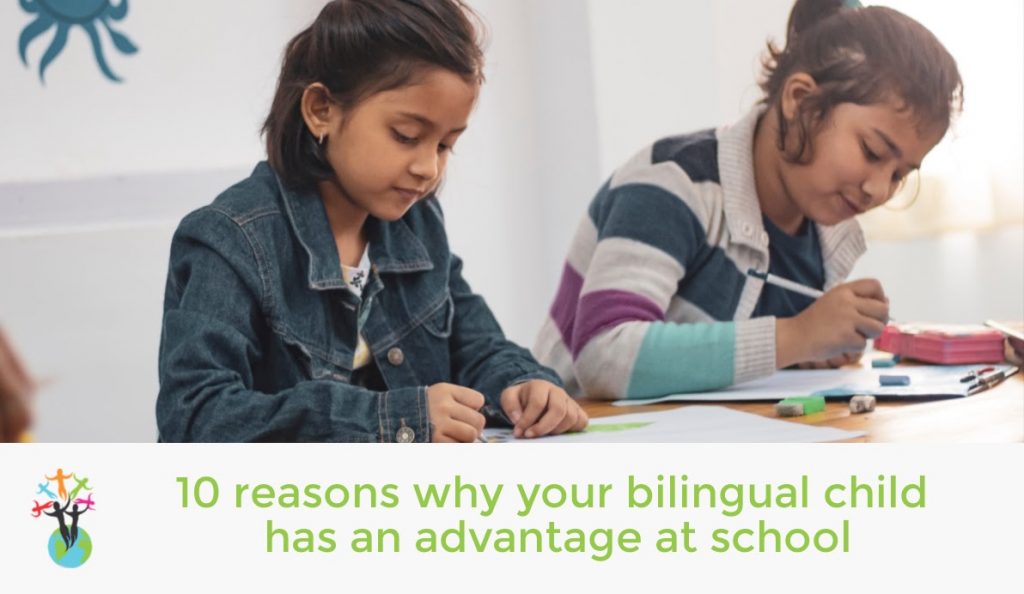 10 reasons why your bilingual child has an advantage at school

“Should we drop a language to help our bilingual child do better at school?” is a question parents occasionally ask me when they are concerned about their kids’ educational progress. The answer is a resounding No! Giving up on speaking a home language is not beneficial for children’s success at school – on the contrary, it could lessen your child’s chances to do well.

To substantiate my claim that minority language parents should not drop a language in the false belief that this would be beneficial for their kids’ school progress, I have gathered a list of quotes from research findings, which you can find below (with links to the relevant articles).

“the bilingual experience may help improve selective attention by enhancing the auditory brainstem response. Bilingual students showed a natural ability to determine which sounds were important, and then focus on relevant sounds while discounting the irrelevant.” LINK

“Analyses show significant effects of bilingualism on socioeconomic outcomes: decreasing the odds of dropping out of high school, and increasing occupational status and earnings.” LINK

“The bilingual children were more advanced than the monolinguals in the solving of experimental problems requiring high levels of control.” LINK

“Our study has found that can have demonstrable benefits, not only in language but in arithmetic, problem solving and enabling children to think creatively” LINK 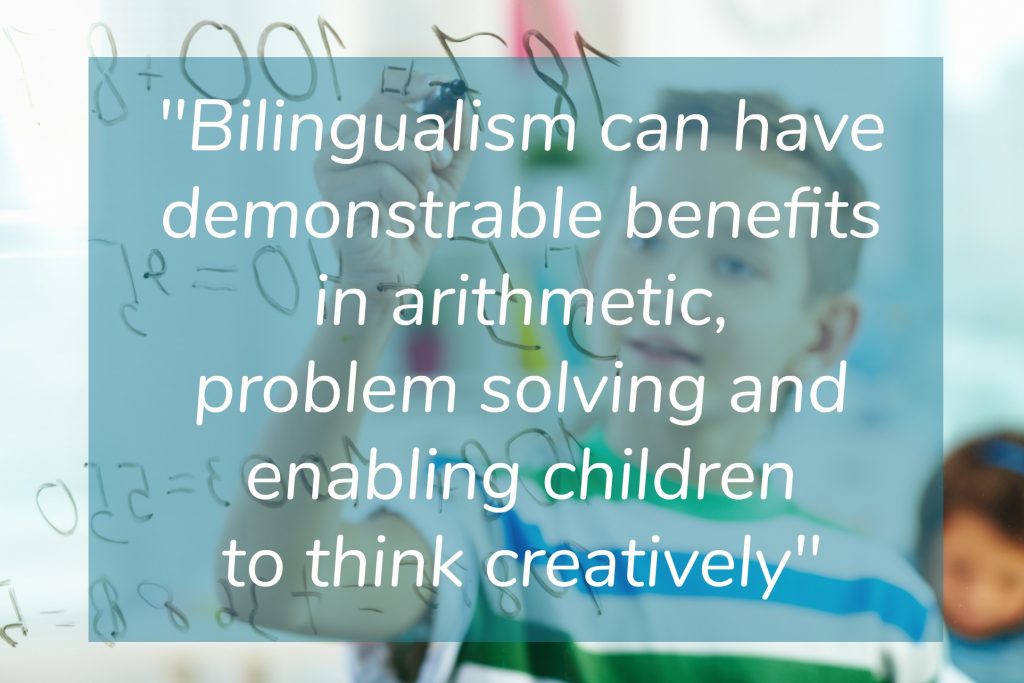 “We also assessed the children’s vocabulary, not so much for their knowledge of words as their understanding of them. Again, there was a marked difference in the level of detail and richness in description from the bilingual pupils.”  LINK

“as well as showing greater proficiency overall, bilinguals were better able to deal with the more complex tasks” and the researchers found “a relationship between some aspects of spatial ability, mental imagery and bilingual language processing.” LINK

“in a bilingual’s brain both language systems are active even when he is using only one language, thus creating situations in which one system obstructs the other. It forces the brain to resolve internal conflict, giving the mind a workout that strengthens its cognitive muscles.”

“ not only performed better, but they also did so with less activity in parts of the brain involved in monitoring, indicating that they were more efficient at it.” LINK

“We like to make a comparison to weightlifting in the gym,” — “A bilingual has to lift more weight than a monolingual when listening to speech. They’ve been working out like this for their entire lives, so they’ve built up strength for managing two languages— so this makes their brains more efficient.” LINK

“The answer may lie in the fact that we are constantly using language.  Anything that is hard to do is good for the brain: solving math problems, playing chess, playing music.  But engaging in any of those activities employs language because it requires thought. In effect, if you are bilingual, you are thinking twice.” LINK

“… when performing non-linguistic switching tasks, early bilinguals recruit larger proportions of the left hemisphere brain areas related to language control, such as the left striatum and the left inferior frontal lobe, than do monolinguals” LINK

“Multilingual exposure, it seems, facilitates the basic skills of interpersonal understanding” so “multilingual children can be better at communication than monolingual children”. “Being raised in an environment in which multiple languages are spoken, rather than being bilingual per se, is the driving factor.” Amazingly, this is an advantage children get just by growing up in a multilingual environment! LINK

“… bilingual kids, especially those who learn another language in the preschool years, are more apt to understand that it’s what one learns, rather than what one is born with, that makes up a person’s psychological attributes.” “Everyday experience in one aspect — language learning — can influence children’s beliefs about a wide range of domains, reducing children’s essentialist biases.” LINK

Another language is not an additional burden

Advantage of the home language

“… maintaining a home language has no adverse effect at all on children’s proficiency in English” on the contrary, “pupils of minority and immigrant background who scored high on the proficiency test for their home language also showed high scores for English proficiency.” LINK

Instead of dropping a home language, researchers have found that “bilingual children need continuous and regular exposure to both languages to ensure their complete acquisition” and that “discontinues, abrupt changes, and/or irregular exposure should consciously be avoided”

Dear educators, please encourage the parents of your pupils to maintain their home languages!