When a bilingual child is diagnosed as being on the autistic spectrum – what should parents do? [guest post]

by Rita | Sep 30, 2015 | Being the parent in a multilingual family, Challenges, Language and bilingualism, Language development, Practical advice | 1 comment 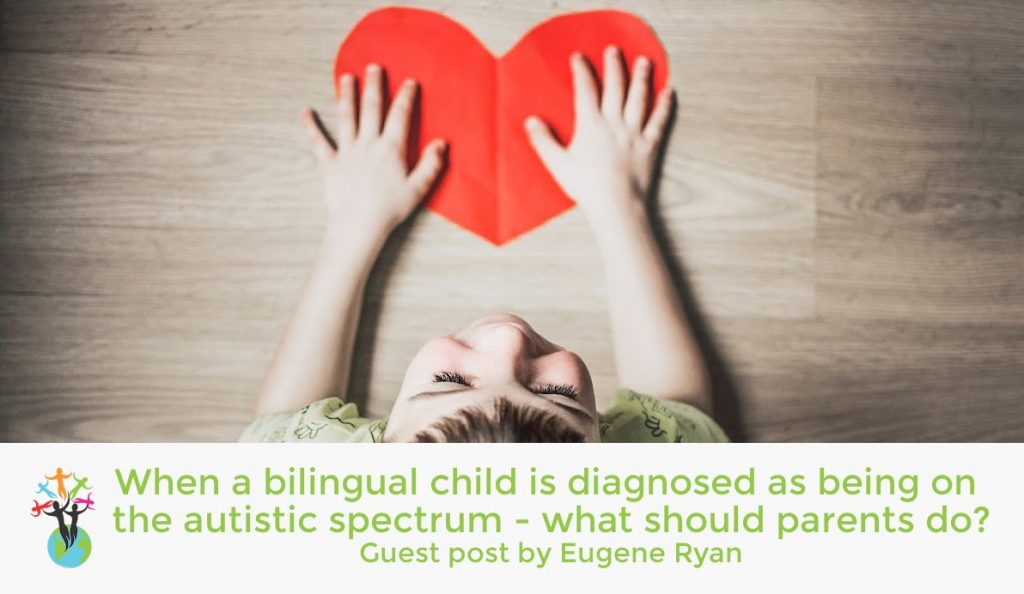 It is with great joy that I welcome our guest writer for today, Eugene Ryan, a father-of-two and a researcher into bilingualism and autism, with focus on the effects of a multilingual environment on the linguistic and cognitive development of children with ASD. In his own words:
“I’m a Londoner of Irish descent, now resident over 15 years in Japan, with a Japanese wife and two young children. All of our family are bilingual, including my son who is mildly autistic. The challenges and the validity of maintaining bilingualism in such a case is what forms the basis of my current research.” 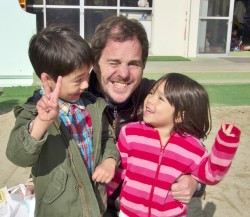 One morning, in the spring of 2012, our local pediatrician began drawing me a kind of diagnostic map, which I now understand was a representation of the autistic spectrum. Then he drew an X, as if to mark treasure, to show where my son was. Up until that point in our lives, with both parents bilingual, bilingualism was an obvious and indeed natural path for us to take for our children. All of a sudden, we found ourselves at a crossroads with some major decisions to make. We learned something of how intense daily life can be for someone with an autism spectrum disorder (ASD), and consequently how hard it can be in some cases to develop language. For a time it seemed to us something like common sense to think that, living as we do in Japan, we may need to sacrifice his English in order to give him a fighting chance with his Japanese. We also felt as if we were facing this challenge all alone. It turned out that we were wrong on both counts. 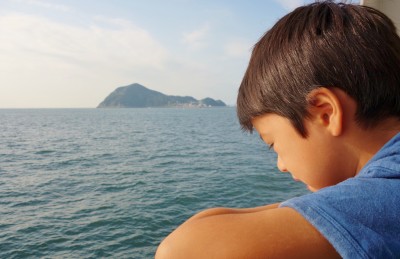 Firstly, we are far from being alone in being a multilingual family with a child on the spectrum. The estimation is that the majority of the world’s population will soon be multilingual, a trend that can only be expected to grow as travel and the net make the globe ever smaller. Equally, the incidence of diagnosis of autism has tended to increase in those countries where it has been measured. In part, this may be due to greater awareness of the breadth of the autism spectrum. Nevertheless, it seems safe to say that the numbers of children from a multilingual household diagnosed as autistic will continue to increase.

Secondly, while this is still a relatively new academic field, it turns out that such scientific data does not support the theory that a multilingual environment is in any way harmful for the linguistic or cognitive development of the autistic child (1). In fact, although there is a need for more research on the subject, recent studies suggest that retaining the multilingual environment may, on balance, be advantageous to the child’s development for example by improving the child’s metalinguistic awareness (2). This is particularly important for autistic children as they tend to show weakness in this cognitive function. In addition, when parents opt to maintain communication with their children in their native language they provide a richer linguistic model for the child to absorb. Equally they can avoid the social disconnect which can result from the autistic child being unable to be a part of natural conversations with all members of their family, which provides a crucial component of the proper development of their social cognition.(3)

Sadly, in spite of there being no scientific basis for doing so, clinicians around the world continue to advise that bilingual autistic children drop one of their languages. Parents from many different countries have related to me how they were advised to restrict their child to one language, and not to speak their own language at home, for fear of retarding their development in the language of the country where they live. Given the absence of any science to support such a position, I can only imagine that it derives from the same kind of perceived ‘common sense’ as mentioned above. There are also more practical considerations, such as testing and care services only being available in the host country’s language. Indeed some parents themselves seem to feel that they are giving their children the best chance in life by sacrificing their own language in order to help their children get a grip on the host language.(4)

In Japan where we live, some of the leading experts in autism argue that it is necessary to establish the majority language first, after which a second language may be considered, to avoid linguistic confusion for the child. When our son began mixing his languages, I was worried that this fear was being borne out. I have since learned however that code-switching is a natural and healthy part of bilingual development. My research colleague has been conducting a study of a trilingual boy with ASD who is happily developing in all three languages, often switching between them mid-sentence. 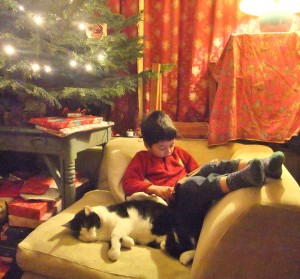 Our boy is now seven, and while he has his ups and downs, he is happily developing both of his languages. Our experience has encouraged me to try to share with other parents the understanding that children on the autism spectrum can flourish in many languages . Since autism has such a range of severity and symptoms, maintaining or achieving multilingualism is probably not a realistic goal in all cases.

The key point is, that if any child shows the capability to learn one language, it means that they have the capacity to learn more than one. Since becoming a researcher and blogger on this subject, I have heard from many parents who have successfully raised their children with autism to be fluently bilingual. Their stories have taught me that while the road ahead may be hard, it can be done.

You can contact Eugene through his Facebook group Bilingual Children with Developmental Differences or by email eugeryan gmail com.