by Rita | Aug 27, 2014 | Babies, Being the parent in a multilingual family, Bilingualism, Challenges, Only happens to a bilingual, Teenagers | 0 comments 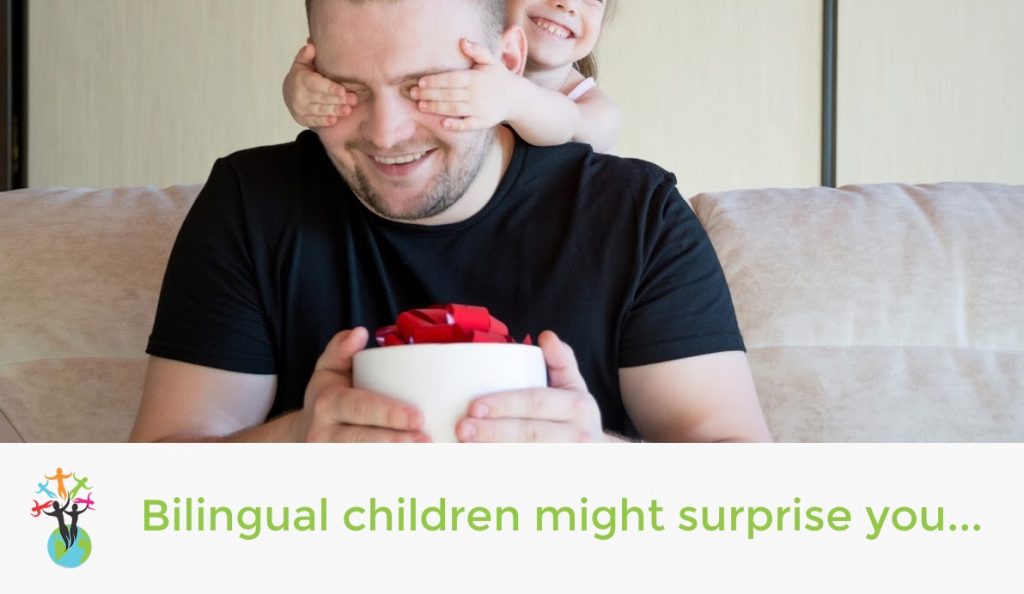 Kids tend to come with surprises – raising a child in more than one language can only add to the bewilderment. Bilingual children can certainly surprise their parents (and others), because they …

… sometimes refuse to speak one of their languages

There are several phases and situations where a bilingual child may choose not to speak a language. Around the age of two or three, a child might all of a sudden start to favour one language and even ask both parents to change to speaking this one language only. Stick with it, like any of the tantrums around this age, it will pass.

The next crucial phase is when your child goes to nursery or school and gets used to speaking the majority language all day. The advice is the same, parents should not change the language they use, but also not make a big deal of the situation.

Later on in their teens and when the peer influence grows, there can be another phase of rebellion, through which it is important that the family’s language pattern is maintained by parents continuing to be consistent with which language they speak.

Ask any child of any age to “Say something in your language!” just for the sake of it, and you may well be met with a complete silence. In this case I do not think parents should ask their children to “perform” if the child is not comfortable with the situation.

… don’t think their language skills are anything special

I am not wanting to put bilingual kids on a pedestal, but the fact is that all children that I have met who know two, three, four or even more languages are incredibly modest about their language skills and do not make a big deal of them.

When asked, they state that the languages are “just a part of them”. Similarly, since they do take their languages more or less for granted, they might not always appreciate what a great gift their bilingualism is in their lives now and even more so in the future.

As adults they will however thank you for sticking with it through all their “phases”. Like I have said before, I have never heard anyone regret learning a language – however I can’t count the times someone has said “I wish my parent had spoken the language to me!”

… are not born with a special linguistic talent

In my opinion, linguistic talent doesn’t come into the equation when small kids acquire their languages – any child can become bilingual, with the right support from you, the parent.

When the circumstances are right, any child can learn more than one language when growing up. Bilingual children are on average just like any other kids – some of them speak early, others need a bit longer to be ready to start using their languages. Some bilingual children quickly gain a big vocabulary, others learn their words more slowly. Some are shy and other more outspoken – just like any other kids.