Losing or never learning a family language – how does it feel?

When I tell people what I do and what my book “Bringing up a Bilingual Child” is about, I regularly get to hear comments such as “That’s great!” followed by “Oh, I wish I could speak my parent’s language.” It would be so beneficial for parents who are hesitating whether or not to pass on their heritage language to their children to hear what these adults have to say and how they feel about the fact that they didn’t learn the language of their parent(s). 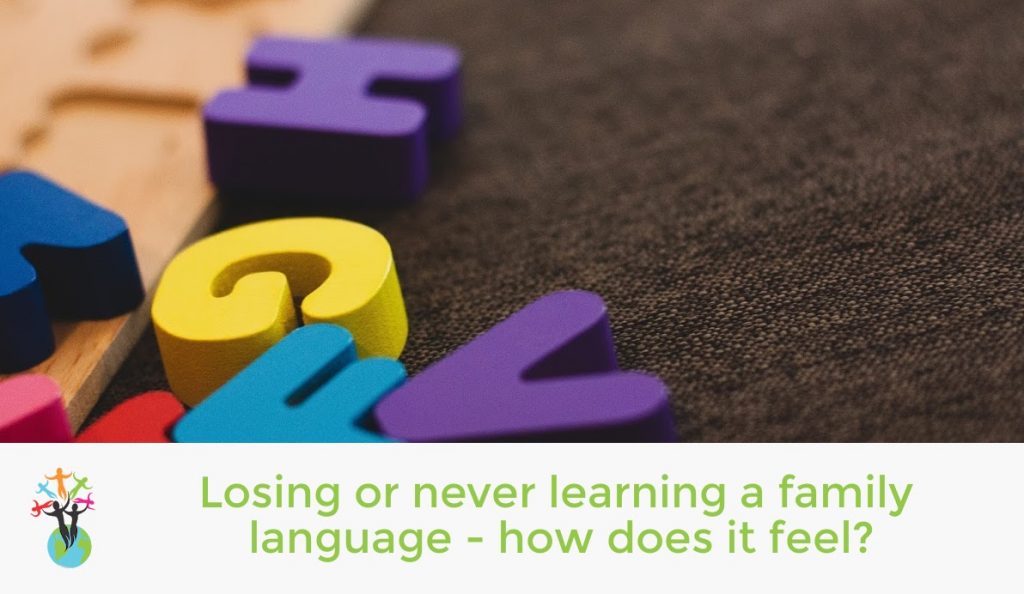 The initial feeling they describe is one of loss; a loss of a more intimate connection with their grandparents and other relatives and the family’s place of origin; the loss of a truly genuine understanding of the culture, traditions and, to some extent, art associated with the language. They have also told me about a feeling of loss of part of their identity. They might look like they should know a language, but they don’t. Questions like “Who really am I?” and “Where do I belong?” have popped into their minds. There are of course many other aspects than language which contribute to your sense of self-image and identity, but language does play a big role.

If you never learnt to speak your parent’s language, but heard it when you were small you might still have a level of receptive knowledge of it (also known as ‘passive language skill’). This can with a bit of time and effort still be turned into an active speaking skill – and your pronunciation will be miles better than anyone else’s who has started to learn the language from scratch as an adult.

The other scenario is that you learnt and lost a language, to an extent that you can no longer understand the language you might have been speaking as a small child. This can happen if you for example were adopted or moved to a different language environment and your parents spoke the majority language with you. The good news is that a “lost” language doesn’t mean that it is a “destroyed” language. What has been lost can be found again. The language may be inaccessible as you have been immersed in a different language, but it doesn’t mean it is forever gone. To prove this there are cases where people under hypnosis have spoken a language they spoke as a child and which they claimed no longer to be able to speak. Like with a receptive language skill, you will also most likely still have the ability to correctly pronounce sounds specific to the language.

If you are interested in reading more about language loss in bilinguals and generally about how a bilingual brain works, I warmly recommend “The Bilingual Brain” by Prof. Arturo E. Hernandez, a great summary of the research into bilingualism with many enlightening case studies.

Have you experienced the loss of a language – what are your thoughts?