Q&A: What to do when parents-to-be do not agree about raising bilingual children? 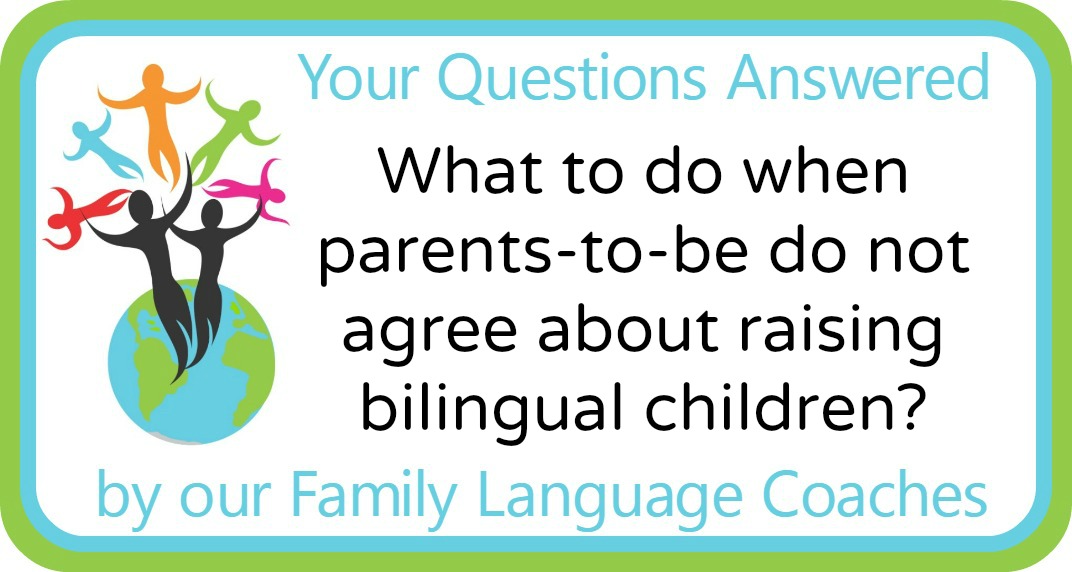 I’m recently engaged. My fiancé and I are discussing those premarital topics. Child rearing has come up. He only speaks English. My native language is English, but I’m majoring in Spanish.

I brought up the fact that I absolutely want to bring up our eventual kids as bilinguals. He was opposed to that idea, claiming that it will confuse the kids. I’ve done my research about the subject because I want to open a dual-immersion preschool. He listened to what I said, but is still not on board with it.

How can I prove to him that speaking Spanish with our future children will benefit them?

Thank you for your question – it is great that you are discussing such decisions with your fiancé in advance, when you are planning your life together.

Your fiancé has stated ‘confusion’ as the reason why he is opposed to you speaking Spanish with your future kids – I presume you have showed him articles that prove that bilingual children do not get confused by parents speaking different languages with them. (If bilingualism did cause confusion, more than half of the world’s population would walk around in a very confused state!) You write that you have presented him with facts, but he still disagrees, so you have to continue the dialogue.

It is positive that your fiancé is open to discussion about this, and it is important that you acknowledge his concerns and don’t dismiss them. What I do feel is that you may not have found out the real reason for his reluctance when it comes to raising bilingual children. Every parent wants what is best for their children, so I presume he is not against all the benefits that bilingualism brings with it?

I don’t know how much research he has done himself, but I would suggest that you ask your fiancé for further details about why he thinks your future children would be negatively affected by learning another language while growing up. My guess is that he will not be able to present you with any solid evidence for this, but that it may be an excuse for some other concerns. Don’t make a big deal out of that, though, but continue the discussion.

It is possible that he thinks that if your children were to learn Spanish first, he would feel left out? Bring this up to discussion and address any worries he has (please, read the article I linked to). My presumption is that you live in an English-speaking environment, so your children will soon become fluent in English.

Your fiancé could also be concerned about other people’s opinions – what would the grandparents, other relatives and friends think about bringing in a language which is not native to either of you? This is a decision that should be made by the parents, no one else. It is up to you if you feel confident and comfortable about speaking Spanish with your children – read this article about considering to speak a non-native language with a child – and then decide together what to do.

I don’t know how much experience your fiancé has with bilingual children, but another possible concern is that he wouldn’t want your children to be different from any other kids – i.e. if most people in the community are monolingual, he might want his own children to be like everyone else. It would be very beneficial if you could find a family in a similar situation to yours (where the father is monolingual) so your fiancé could see that bilingual upbringing works, and he could ask any questions he may have.

Keep the dialogue going, it may take some time for your fiancé to become open to the thought of raising bilingual children – don’t pressurise, but genuinely try to find out all underlying concerns and find a way to address them. Good luck!