Q&A: Which language to speak when in a multilingual family? 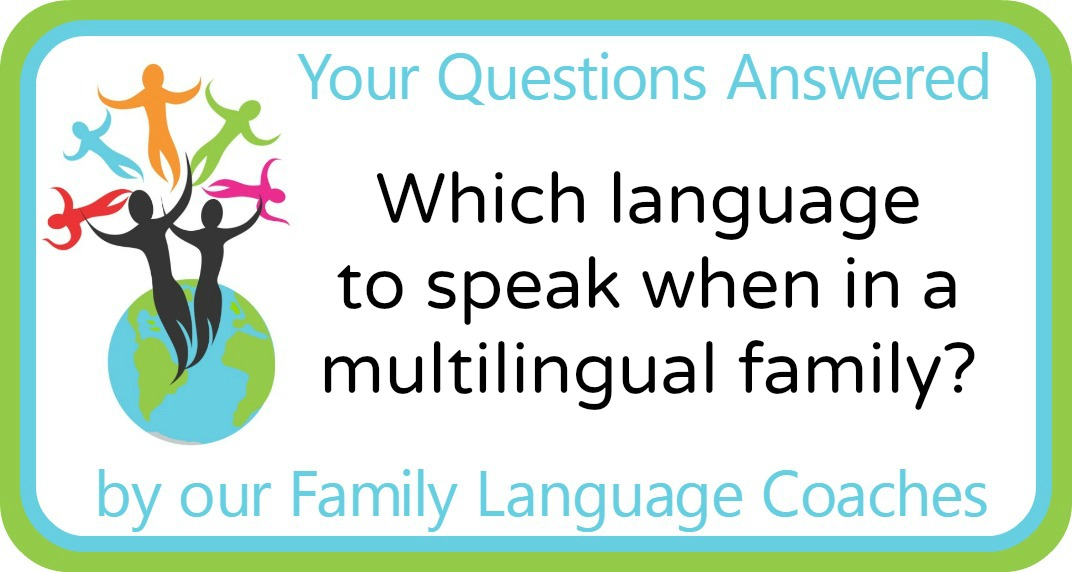 First of all, I would like to thank you and the rest of the team for a great website, it has been very useful since I started investigating about multilingual education.

I am sending you our questions because I could not find quite our case in the Q&A section. We are a Spanish-Korean marriage expecting our first child. My native languages are Spanish and Catalan. My wife’s native language is Korean. We both speak very fluent English and we communicate either in English or Spanish, however she is more fluent in English than Spanish. I also speak some Korean.

We think that the OPOL approach is the best that work for us, my wife speaking Korean and myself speaking English, but some questions arise:

Not being a native English speaker can it have a negative effect (perhaps some grammar mistakes but specially pronunciation not being native) on acquiring English as a third language?

Following the OPOL approach, my wife speaking Korean and myself English (given the above doesn´t have a negative impact), what language should we speak when we are the three of us or communicate to each other in front of our child? How about with friends of family? Should we use the same OPOL approach or perhaps switch to an agreed language?

Thank you very much for you reply and we look forward to hearing from you.

On behalf of our team, let me thank you for your question and your kind feedback.

What a wonderful language-rich environment your little baby is fortunate to grow up in! Since you will have a very strong support for both Spanish and Catalan at school and in the community, I can understand why you are considering using a one parent, one language (OPOL) approach with two minority languages, Korean and English.

As you mention, for your child to learn Korean it is vital that your wife uses her native language with the child as much as possible. It is great that you already know some Korean (and you will learn more alongside your baby), because this means that your wife does not have to be concerned about you not understanding what she speaks with the baby. Remember to ask, when you want to know the meaning of a word or a phrase!

Since English is the main common language between the two of you and you both consider yourself being fluent in it, it is perfectly fine to choose it as an additional language for your child. Since you already speak the language with your wife, it means that you are used to communicating in English and it has probably also become one of your emotional languages, i.e. it is easy for you to express your feelings in it. As English is not your native language, I would like you to consider the decision carefully – not so much because of possibly passing on an accent, slightly different pronunciation or the odd grammatical error, but for how you will feel about not speaking a non-native language with your child. Read this article for things to take into consideration when deciding to speak a non-native language with your child.

Presuming you do go ahead and speak English with your little one, you will be his or her main source of English exposure. You are right in that your child will pick up any of your deviations from standard English – unless he or she also gets the chance to spend time and interact with native English speakers. This is however in my mind not a reason for not speaking English with your child. He or she will have plenty of time to improve the already acquired English-skills later on, should there be a need to do so. After a few years you can also start watching cartoons and films together in English to help with the pronunciation.

Then we come to the question about the common language. As your Korean is limited the choice is between Spanish and English. From what I understand, your wife prefers English, so this is probably the language you will end up choosing as the family language, which you would also speak with each other in front of your child. Your wife should ideally always switch to Korean when she speaks directly with him or her, as Korean is the language that there will be less exposure to as soon as your child starts nursery or school.

What you speak as a common language when someone else is around, will very much depend on the company. Switching to Spanish would probably be the natural thing to do around your family and local friends and this is fine. However, whenever you speak directly with your child, I would still stick to either Korean or English. Your baby will inevitably learn some Spanish (or Catalan) as well – from other members of the family and children, from media and from the community in general. He or she will get used to switching between languages and will not find it odd and it will not be confusing!