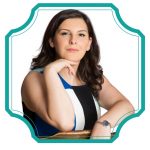 Today’s captivating guest post is by multilingual mother Rita Golstein-Galperin, a Career Makeover Strategist® for international women and the founder of Reinvent Yourself Club. She is a multicultural mother of two TCKs (Third Culture Kids) in Paris and a passionate lover of all chocolate. She is also an author, entrepreneur, public speaker and a career and business coach for expats, striving to help women around the world redefine and reinvent their success abroad. You can contact Rita via Facebook or email: ritareinventyourselfclubcom.

Take it away, Rita!

Raising a bilingual child is a goal for many parents. For us, it is just the first step. We speak four languages on a daily basis, and in most times it makes sense… and most days it works great.

Some other times? I cannot remember how to pronounce my own name 🙂

I was born in the former Soviet Union and Russian is my mother tongue. Technically. However it is not my strongest language.  I was studying Ukrainian and English by the time I was 4.5, and everything seemed to go smoothly.

Yet several years later, when I was eight, my family immigrated to Israel. Introducing: Hebrew.

Frankly I did not know this language existed several months prior, so that was a bit of a culture shock. So years went by and of course as I was in the school system my Hebrew skills overgrew my Russian and whatever English I remembered before.  Now my second language was indeed my strongest language.

But what happened after I spent a semester in the US and then later proceeded to work exclusively in English at an international organization? Well you’ve guessed it: my third language became my most spoken and strongest professional language. Things got really complicated when we moved to France… introducing yet another language. 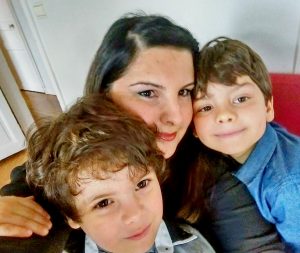 But wait, what does it all have to do with my own TCKs (Third Culture Kids)?

Well I am now raising a second generation of TCKs. I have two adorable boys (aged four and seven) and I’ve made a conscious decision to speak exclusively Russian to my boys since when they were born. I wanted to give them the head start of speaking several languages from the get go.

Since things are complicated enough as they are, we’re leaving out English for now. Focusing on each of the parents’ mother tongue (Russian – mom, Hebrew – dad) and the main language spoken in school and around us (French – as we’ve been in Paris for five years now). So the rules are simple – just stick to one, the execution however is more challenging.
My oldest loves the variety of it all and speaks three languages completely fluently (again: Russian, French and Hebrew). My little one however… he has decided that this whole TCK thing is not for him. In a true French manner he had declared (at the tender age of three): “Ici c’est la France et nous parlons français” (this is France and we speak French here). I guess his sense of belonging and fitting in, is currently stronger that the curiously of welcoming different cultural aspects to your life. 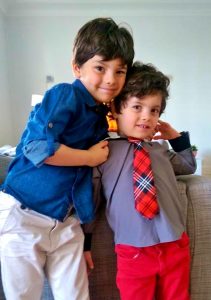 Given he’s incredibly stubborn, for now he just refuses to speak anything other than French. It might be a phase, but for now I think this whole “global multilingual nomad” is not working for him. So I would often attempt to speak Russia to him and he just replies in French. Must be a funny sight…

Moral of the story?

Multicultural approach is great and I wish we could all just easily say we are citizens of the world. However, even though as multilingual parents we like to switch and talk all “our” languages but we also want to belong to social groups, and using the same language helps to “fit in” easier. This applies to adults and, of course, to our children too. It may be that if you are the only person talking Russia/Dutch or Chinese for that matter to your kid, he will feel excluded, “different” and one reaction could be that he refuses to speak the language all together.

Thank you so much for telling us your story, Rita, and for introducing us to your gorgeous little boys!