Things that can go wrong when raising a bilingual child. Part 3 of 3 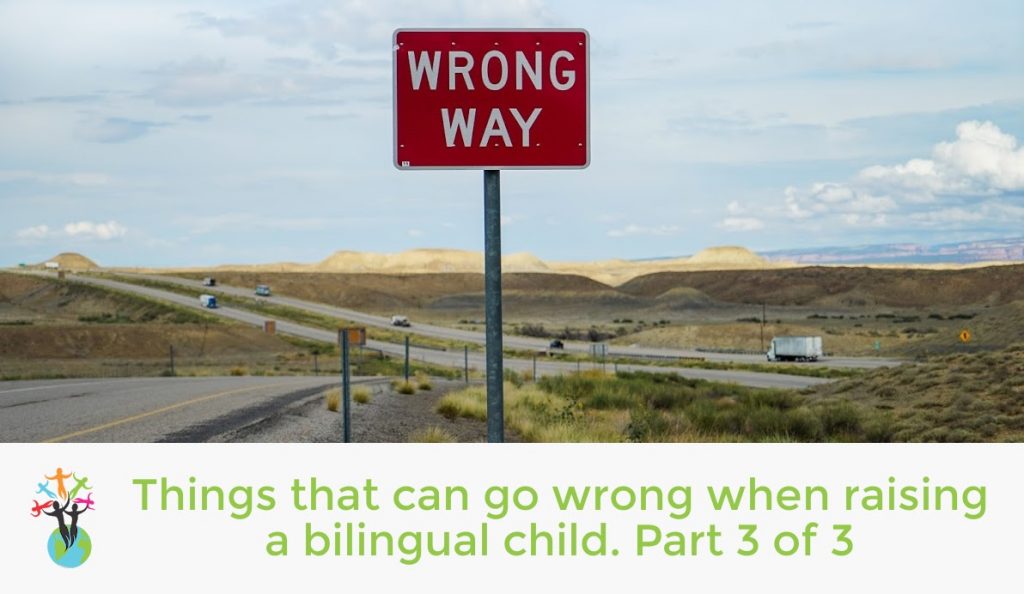 Being aware of potential pitfalls is vital to ensure that the family’s languages are passed on to the next generation. This is the last post in a three-part series on things that could go wrong. Here are the links to part one and part two.

Being afraid that you will confuse your child
Although research has consistently shown the opposite, some people (mainly monolinguals it seems) still claim that your son could get confused if more than one language is spoken in the home. I have a feeling that those who still persist on this belief may have an ulterior motive for harbouring it. Your son might mix his languages for a short period of time, but he will soon learn to separate between them. He will also not become confused about his cultural identity, on the contrary, he will have the perfect tools to explore both sides of the family heritage.

Thinking that you won’t understand your child
I have come across cases where a family has given up on the thought of raising a bilingual child due to one parent worrying that they won’t be able to communicate with their child. Since a child usually initially spends more time with the mother this concern is one that has been expressed by fathers-to-be who do not know their partner’s mother tongue. It is an understandable worry to have: you want to make sure you can bond as well as possible with your little boy and communication is a vital part of the process. The fact is, though, that your son learns to speak over a fairly long period of time and you can actually learn alongside him. You may never acquire a fluency in the language but your understanding will significantly improve. Also, soon he will speak your language as well. Giving him the wonderful gift of being bilingual is certainly worth your effort.

Believing it will just happen
Some children are fortunate to grow up in and environment that is ideal for becoming bilingual – I can count myself as one of these lucky people. I am pretty certain my parents never spent any time on making sure I would grow up to speak their respective languages – it was taken for granted. Being bilingual is however such a great asset to have that it shouldn’t be left to luck alone to make it happen. You need to make sure your son gets enough and consistent interactive exposure to your language to enable him to become an active speaker of it.