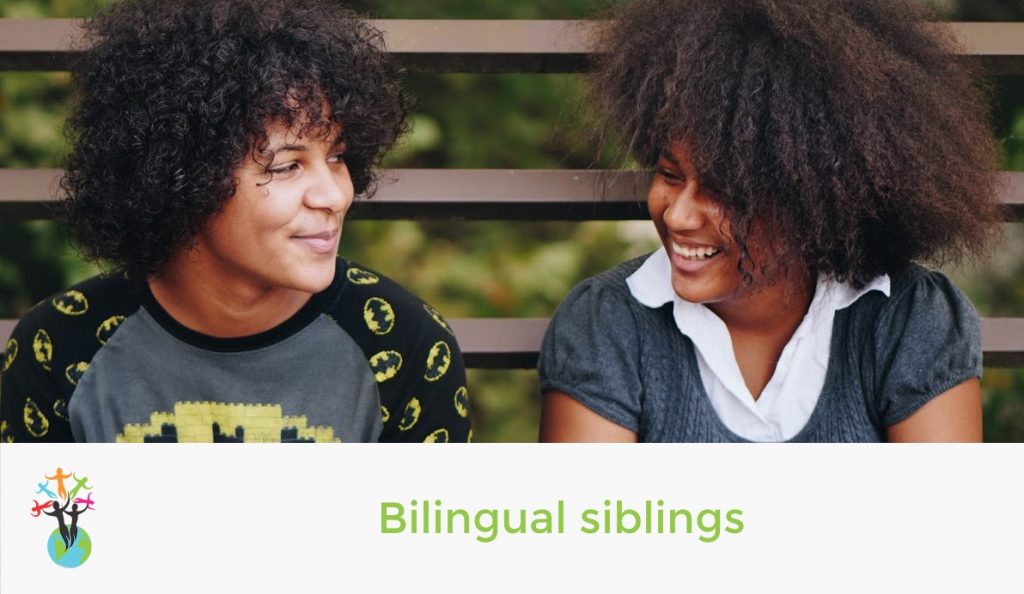 Your first-born is on the way to become bilingual – you are so happy to see that both languages are progressing well. You have managed to arrange enough exposure for both languages and look forward to repeating the “procedure” with your next child. It should not be any different, should it? Well, it is and it is not.

The arrival of a new baby changes many aspects of a family life, and in a bilingual family, the language balance is one of them. When you have only one child you can decide who speaks what language and stick to your plan (yes, I know, it is often not quite as straightforward as that, but let’s leave the other challenges for now). You are also mostly in charge of which languages your child is exposed to and how much time for each of them. When the family grows, the language situation may still stay the same for a while – until the eldest child goes to a majority language nursery or school.

As I have mentioned in many other posts, the time when a child starts to spend more time outside the home, the majority language will become stronger and the child may even want to give up on the minority language, unless parents make a concerted effort not to change the language setup at home. However, parents can not decide which language bilingual siblings end up speaking with each other. The eldest child may become more used to speaking only the majority language with other children – consequently also does so with younger siblings.

What can parents do to ensure that younger children get as good an opportunity to become bilingual as the eldest one did? For me, consistency is maybe the most important factor in this scenario. For the minority language to stay as an actively spoken language for all children, it is important that its position in the family is clear and consistent. By always sticking to the minority language the parent can establish this as a routine, which will not change independent of other influences.

A great idea is to create routines or family traditions connected with only speaking the minority language. This could for example be certain games you play together or some other activity. For example, cooking, a common hobby or the time you spend travelling could be dedicated to using the minority language. Of course these activities have to be adjusted according to which parent speaks which language in the family – but it could also be the opportunity for a majority language parent to improve her or his skills!

It is important to be prepared for a change in the language balance in the family – it is so much easier to tackle any situation where the majority language tends to take over if you have routines in place to keep the minority language going!