Our clever little linguists – children do say the funniest things! 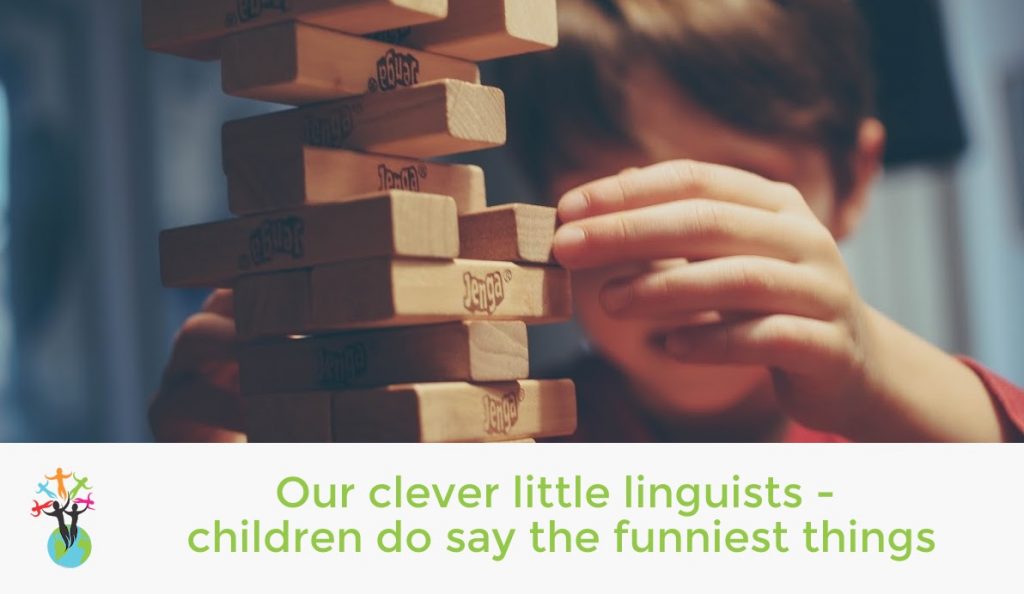 It is fascinating to observe children learning to speak, and it is mind-boggling how quickly they get skilled at using their language to get something, first by directly asking to soon finding an imaginative way of using language to manipulate their parents to act in the way they want. Their comments are often ever so hilarious, mostly hundred percent honest and sometimes excruciatingly embarrassing for the parents.

When my elder daughter Minna was about three years old she had a habit of getting up early on Sunday mornings. – Why do all children instinctively know when it’s Sunday? – She would also want someone to company her, but had learned that just trying to wake mum up was not the best way to get some reaction. So she comes up to me very quietly and whispers “Mum, can I have a tiny piece of bread, please, I am very hungry” (for those of you who know Finnish, her exact words were: “Äiti, voisinko saada hieman leipää, minulla on hyvin nälkä” – a very eloquent phrase for a three-year-old). This made me smile as she knew exactly which strings to pluck. Had she asked me to come and play, I would have suggested something she could do on her own. So she asked for something I couldn’t really refuse – to give her something to eat. It would take a cruel mother to deny a hungry child asking nicely for a small piece of bread! She also didn’t ask for a yoghurt or another one of her favourite foods, but she humbly asked for bread, and not too much, just a tiny piece to still her huge hunger. Of course I got up and made her a sandwich, and, of course, we then played together, early on a Sunday morning.

Once a relative of mine was taking his four-year-old son out to play, and since it had been raining, rubber boots were needed. The little boy was a very independent little guy and always wanted to do things on his own, so his dad was not allowed to help him put the boots on. After a little bit of struggle the boots were on but on the wrong feet, so his dad pointed this out. The four-ear-old looks down on his feet, sighs and exclaims: “I did BOTH of them wrong!” 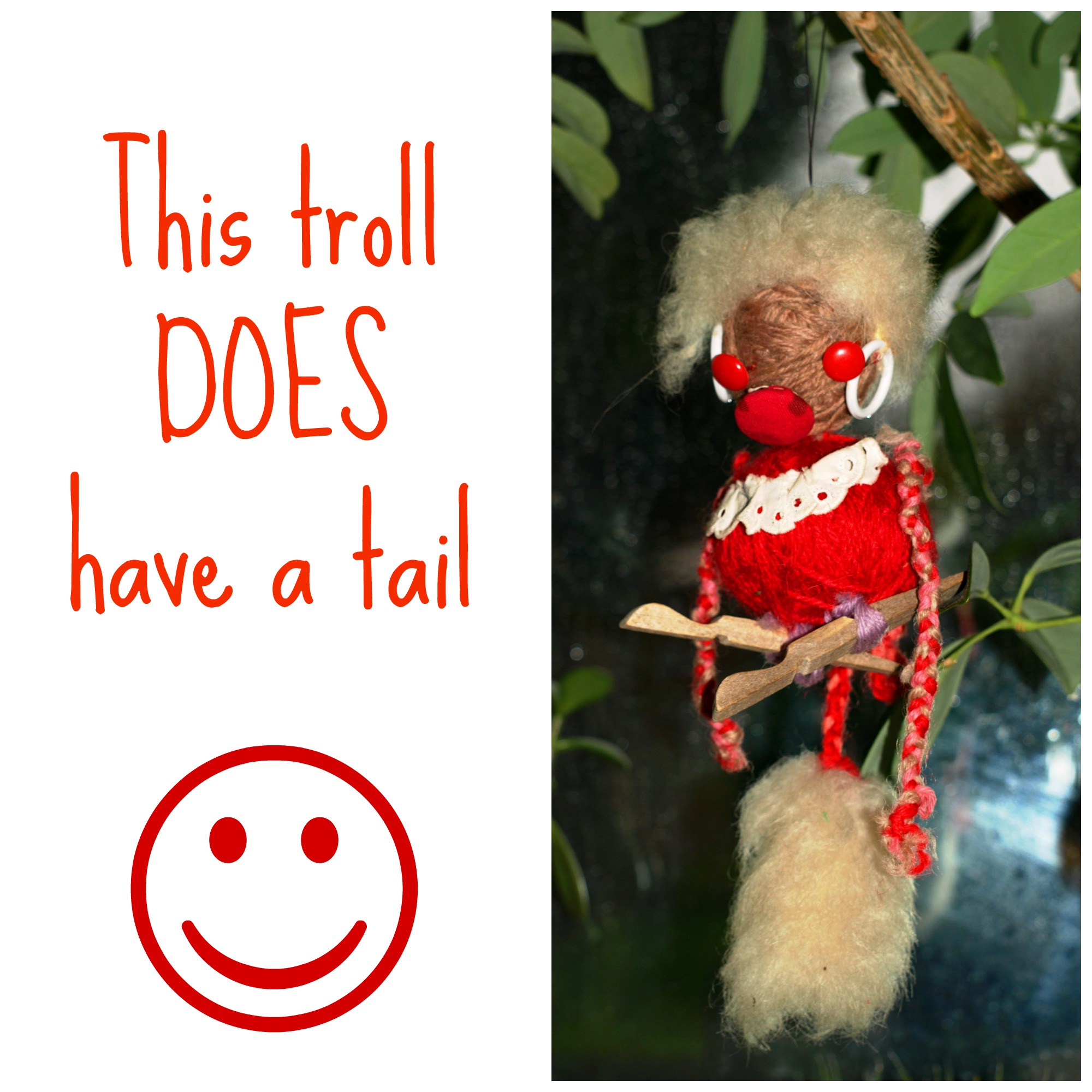 This one happened to another one of my relatives who was a child minder for a five-year-old boy (in Finland children don’t start school until they are seven). She took him with her to the bank and they were queuing to be served. In front of them in the queue stood a young man attired according to the punk rockers’ dress code: dark, torn clothes held together with safety pins, adorned with chains and other paraphernalia. His make-up was dark and his big, unkempt hair half red and half black. This was most likely the first time the little boy had ever seen a punker and was observing him closely in silence for several minutes, considering to what he could relate this new phenomenon. In a loud clear voice he then came out with: “Why does that troll not have a tail?”

Out of the mouths of babes … what funny comments or phrases have your children come up with?