What parents of bilingual children would have done differently 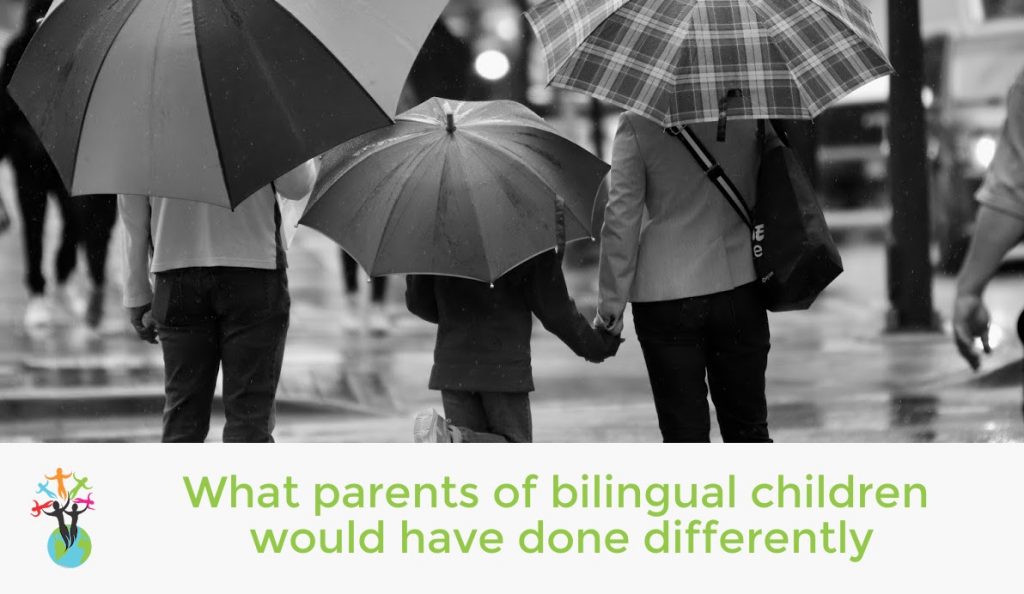 Hindsight is a wonderful thing they say … well, it really is – if you share your experiences with others who are at the start of the journey of bringing up a bilingual children! I have asked parents whose children have grown up to become bilingual if there was anything they would have done differently to make it easier, more fun or more effective.

“Life always seemed so busy” one couple said. They regret not reading more to their children when they were small – they realise that they could have made time for a few more books here and there. Reading to and with your child is indeed one of the best ways to create memorable moments together and boost language skills at the same time.

“Discussed with my partner”

One mother told me that she had always switched to the majority language with her child when the father was around as she thought he would otherwise feel left out. Turns out he would not have minded at all, as he was able follow the gist of the discussions any way – she just never thought of asking him about this. It is so important to discuss your language goals and plan your family’s language journey together!

“Taken others less into consideration”

Many parents mentioned that they initially doubted their abilities to go through with passing on their language, that they agonised that they did not know it well enough or that they were afraid of failing. In my opinion, any language skill is better than none at all and you can not really “fail”. Yes, children will achieve different levels of language skills, but no parent should ever think they failed.

“Asked others for help and ideas”

One dad told me that he had felt stressed to be the only person to speak the minority language with their daughter, but still tried to do all he could provide enough exposure. When their little girl went to school he found out that there were quite a few other couples with the same language setup who they could have got together with and share ideas. He just had not thought about reaching out to other parents to find support. Always remember that there are many other families that are in a similar situation to yours – do ask for help and advice when you feel you need it!