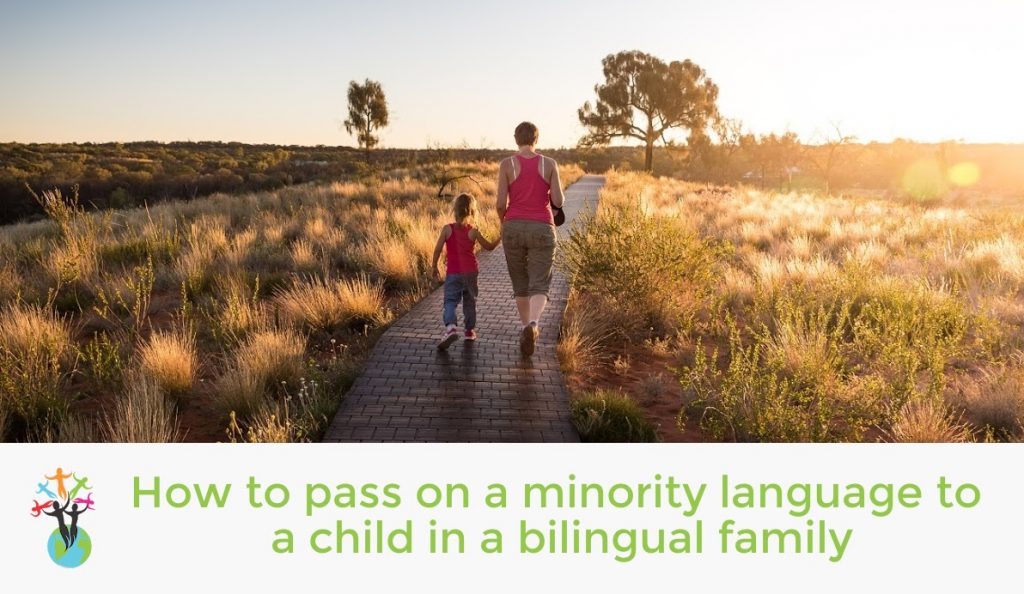 The number of parents who raise their children in a multilingual environment is increasing. More and more individuals and whole families move from one country to another due to work, studies or other reasons. Couples with different native languages meet and start a family. All this means that many children grow up surrounded by two or more languages, and at least one language will have a minority language status in their lives. As a parent, you have to decide which languages you want your child to learn and who will speak what in the family.

Every family is unique and the circumstances are often very different, so there is no simple answer which would apply to every single family, but in this post I am listing different scenarios and aspects to be considered when you pick the languages you want your offspring to acquire.

If parents speak two different minority languages and want to pass them both on, then the One parent, one language approach is probably the best choice. Each parent speaks their native language to the child, and the child learns the majority language from the environment. If both parents know each other’s languages, then the family’s common language should be the one which the child will have less exposure to.

If only one parent knows the other minority language, then the recommendation is to choose that minority language to be the common one. If the parents do not know each other’s languages and they speak the majority language together, the child will most likely also acquire a receptive knowledge (aka ‘passive speaker’) of it.

Children under about the age of six can in the right environment learn several languages simultaneously, so it is possible pass on three minority languages. However, keeping them all going in a family requires a fair bit of effort and focus from the parents. Each parent can speak their language and speak a third between them – in this scenario, the child will most likely not become fluent in the parents’ common minority language unless some other exposure can be arranged to strengthen the third minority language.

Another option is to choose a variation of the Time and place strategy where a different minority language is spoken depending on when or where the discussion is taking place. For example, one parent can alternate between two minority languages depending on whether it is a weekday or weekend, or in two week periods. Choosing different rooms in the home for the different language is another variation of this strategy.

In a family which juggles three or more minority languages, consistency in the parents’ language use becomes extremely important. Both parents need to be fully committed to the chosen strategy so that the task of passing on the languages doesn’t become a chore or cause disagreements in the family. It is also vital to have other language resources available to support the learning – books, magazines, on-line material, DVDs and so on. If you have access to an immersion school in one of your languages, this is certainly worth considering.

Knowing many languages brings several advantages both to individuals, families and the whole society. When choosing the languages you want your children to learn, it is however important to stay realistic and not get carried away. Language skills are about communication and understanding, and they should be something we enjoy and use. Wishing you a wonderful multilingual family journey!