Things that can go wrong when raising a bilingual child. Part 1 of 3 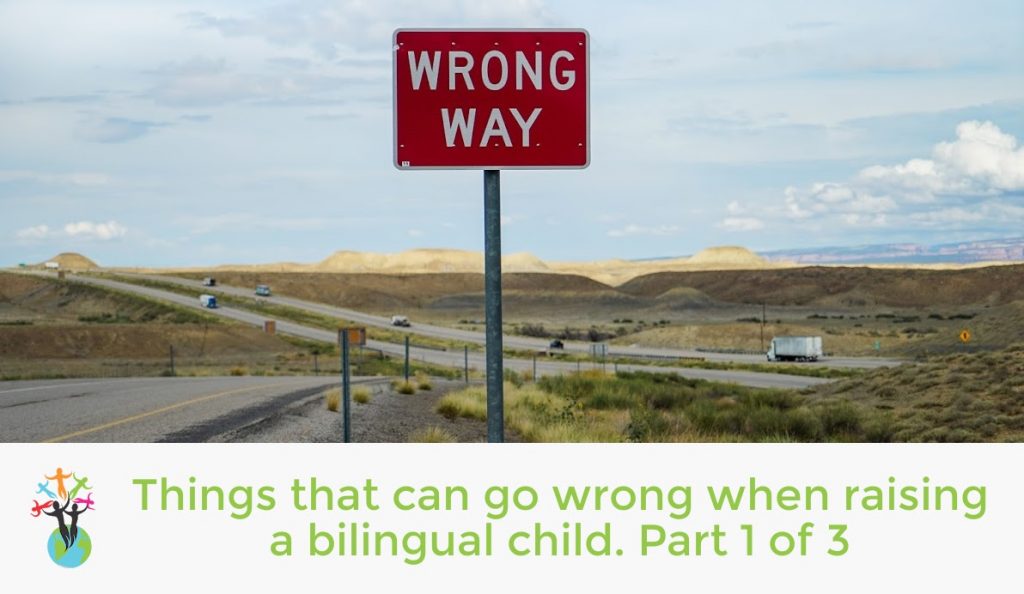 Bringing up a child is never without its challenges – the types of things we have to tackle just varies depending on the age of the child. Adding another language to the mix will bring its own stumbling blocks. In this series of three blogs I will discuss the most common of them.

Not even trying
The biggest mistake parents that know more than one language amongst them can do is not to even try to pass on their languages or to make a conscious decision to stick to one language only. Parents’ reasons for choosing the only-one-language option are often based on either myths about multilingual families, limiting beliefs about the parents’ own abilities to pass on a language or others’ opinions. None of those should be a reason not to give a child the gift of speaking more than one language.

Giving up
Then there are those situations where parents have decided to try to pass on their languages, but give up when things are not going according to plan. As we all know, very little goes according to the first plan as far as raising children goes. Bringing up a bilingual child is no different – but there is always plan B, C, D and the rest of the alphabet. When setting off on the journey of a multilingual family, it’s necessary to be realistic and not to get disheartened if you encounter a problematic situation. Speak to other parents, ask experts, read a book about the topic – there is lots of help at hand to support you through the difficult times. It can be done!

Starting too late
Sometimes parents may think that it is best that the child learns one language properly first, and then they will introduce the second one later. Research indicates that this approach is not better than to start with two, but it is ok to use it, as long as the parents are aware of the implications – not only for the child, but more so for themselves. Let’s say parents decide to wait until the child is four or five to introduce the other language. Given the right amount of exposure to the language, a child will become fully fluent. By this time the family is however used to speaking one language only and one parent will have to change a deeply rooted habit. This is not easy to do and the temptation to give up will be far greater than if the parent had spoken the language since the child was born. Making a change in a family’s language habits takes a lot of effort and commitment – I know, I have done it.