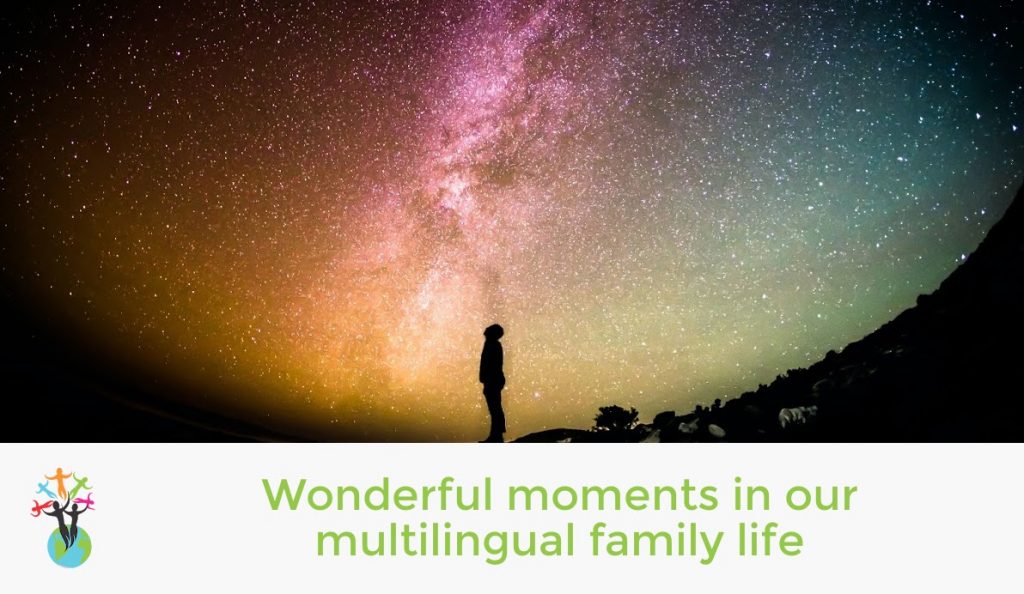 After meeting a family where the children no longer actively speak their parents’ native language as the parents had decided early on to switch to the majority language, I reflected on how much joy our language skills have given my daughters and myself. Today I will share with you two of the many great moments we have experienced.

I remember vividly the first time my elder daughter took on the task of being a translator. Minna was a year and a few months old when we were on a ferry on our way to visit friends and family in Sweden. She was in her dad’s lap and we all stood looking out across the open sea, watching seabirds trying to catch some fish. Her dad pointed out the birds and the water and said the Punjabi words ‘pani’ and ‘panchi’. Minna then turned to me and said the words in Finnish: ‘vesi’ and ‘lintu’. For me this was a remarkable moment not only in that she could translate, but that she was already aware of the intricacies of language use and knew that she nand her dad were using a language that I didn’t understand. To include me in the conversation, she explained the discussion in the language she spoke with me.

Another moment that brought tears to my eyes happened after we had moved to England. My younger daughter Daniela was six years old when we moved and she knew Swedish and Punjabi. I admit that I had some concerns with regards to her starting school and not knowing any English, especially as she had started speaking fairly late. Also, a speech therapist had recommended we stick to only one language in the family to support her language development (a piece of advice we didn’t take). I was relieved to notice that she started to understand some English after three weeks and after three months she started speaking. The really impressive moment came a few years later when she came home from school and proudly presented an award she had received: “Best Speller” of the class. Not only had she learnt to understand and speak, she had grasped how to write the English language, which is no mean feat.

Children are amazing at learning languages, do your bit to encourage them to learn!