Today’s offer: two for free and a third for a lot less effort! 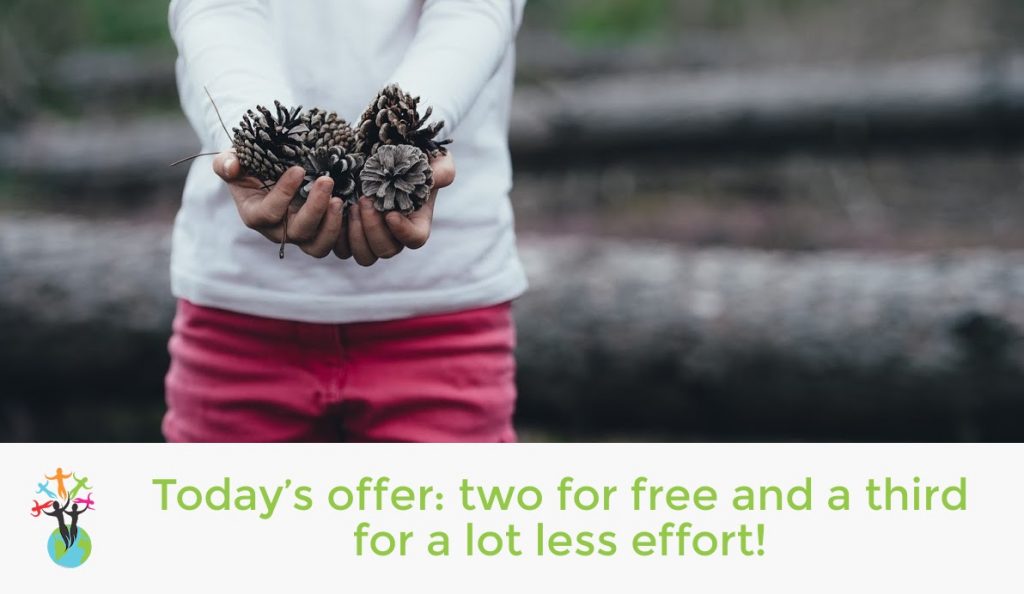 By now you have probably noticed that I am rather passionate about families passing on their languages to their children. It’s a chance of a life time, far too valuable to miss. So it upsets me greatly when parents say that they don’t speak their language to their children as they don’t think their specific language will be of any use to them. This belief is so wrong on so many levels, it makes my head hurt.

First of all, all languages are useful and valuable in themselves, independent of what some people may say or think. There are no languages that are “better” than other – every single one serves the purpose of facilitating communication between people. I would even say that if more people knew more languages, the world would be a better place, but let’s not get too philosophical.

There are no languages which are more difficult than others for children to acquire – all children learn at least one language of their family. If you have the perception that your language has a lower status than other languages in the society, and thus not worth passing on – ask yourself why you have this belief. Also think of other places in the world where your language is spoken. It is never the language itself that is a reason why it may be less thought of. Be proud of your language, of all of them!

Maybe you think it is better for your son to learn some other language instead, one which will be more useful for him in his future career for example. Good for you for thinking it is of benefit to learn another foreign language! Not so good for believing that passing on your own language to him will make it harder for him to learn.

The very opposite is true, in previous blogs I have written about the advantages you get as a bilingual, how it is easier to focus and – going back to your reasoning – learning another language. Already knowing two languages will make it significantly easier to learn a third – your son would already have the metalinguistic awareness and the benefit of knowing two different language structures. It’s really an offer you shouldn’t refuse him: getting two languages for free and a third for far less effort!