Bilingual is better: the advantages of speaking more than one language 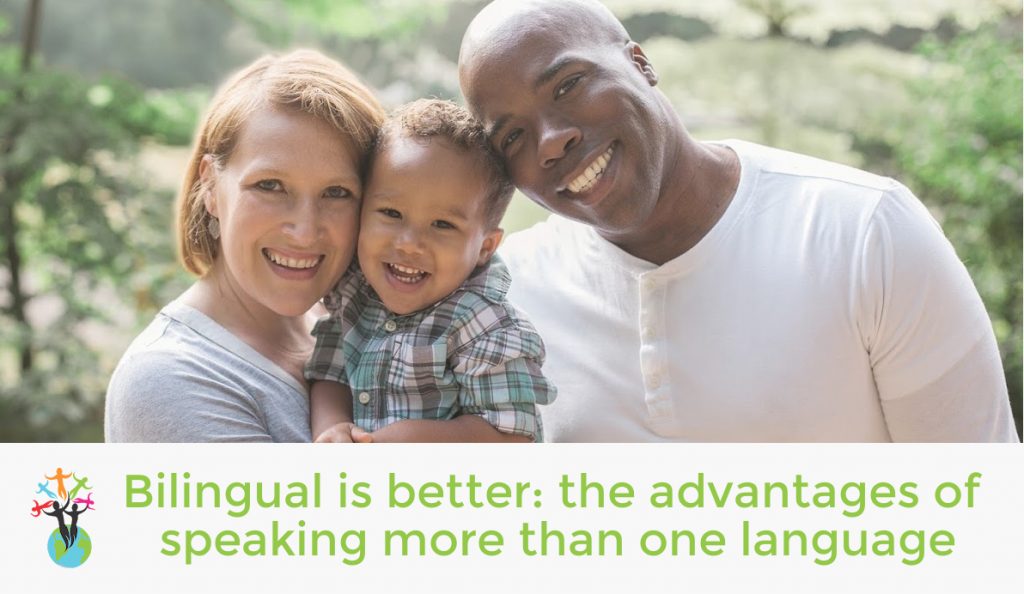 I have been reading many articles on the benefits of bilingualism lately and I decided to gather some of the best ones into one post and share them with you. This is one of my favourite topics, so I have already written about it on different occasions: how languages have helped me in my career, my daughter’s experience of being bilingual, how bilingualism gives you a confidence boost and how it makes you focus better.

The most significant advantage which has been reported recently must be the fact that “bilingual patients developed dementia 4.5 years later than the monolingual ones.” This was the outcome of a research lead by Dr Thomas Bak. It also concluded that “bilingual switching between different sounds, words, concepts, grammatical structures and social norms constituted a form of natural brain training, which was likely to be more effective than any artificial brain training programme”. For further details, read BBC’s article Speaking a second language may delay dementia. The full research paper can be bought here.

Bilingualism has also been found to enhance a child’s working memory as shown by a research  conducted at the University of Granada under the supervision of Ellen Bialystok.  The “working memory includes the structures and processes associated with the storage and processing of information over short periods of time.” You can read more about this in the article Bilingual children have a better “working memory” than monolingual children

In their article Being Bilingual Makes You Smarter The social network Verbalisti  write that “the bilingual experience improves the brain’s so-called executive function — a command system that directs the attention processes that we use for planning, solving problems and performing various other mentally demanding tasks.”

Bilinguals are better at multi-tasking. “Children who grow up learning to speak two languages are better at switching between tasks than are children who learn to speak only one language” as explained in Bilingual Children Switch Tasks Faster than Speakers of a Single Language

Bilingualism makes you more open-minded and sensitive to others:  “bilinguals have an enhanced awareness of other people’s points of view, born from their deeper understanding, from an early age, that some people have a different perspective.” This probably makes bilinguals better managers as well as stated in the Financial Times article The Multilingual Dividend

Another study found that bilingualism enhances your listening ability. It showed that in a noisy environment bilinguals are “better at detecting the different sounds, therefore enhancing attention.” Read more in the article Study Indicates Bilinguals are Better Listeners (Literally).

Bilingual children are less easily distracted. Judy Willis MD, a neurologist, teacher and author states that “compared to monolinguals, the bilingual children develop greater attention focus, distraction resistance, decision-making judgment and responsiveness to feedback”  and that “research supports encouraging parents to retain use of their native language in the home” in her article Neuroscience and the Bilingual Brain.

If you grow up as a bilingual you are often also bicultural. In his article Advantages of Being Bicultural  Prof François Grosjean lists the benefits as “having a greater number of social networks, being aware of cultural differences, taking part in the life of two or more cultures, being an intermediary between cultures” as well as having “greater creativity and professional success”.

I will finish with a great infographic from www.BHLingual.com which says it all: