The importance of consistency when raising your daughter to become bilingual 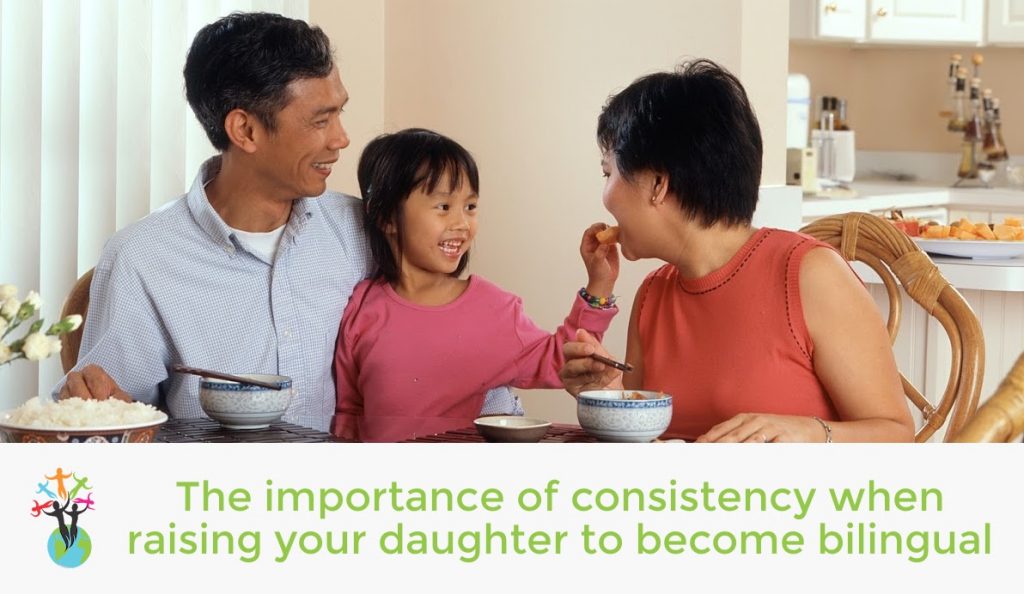 Consistency is important in any aspect of raising a child, and no less so when it comes to passing on your language. While a child can learn more than one language even if the parents are not consistent in their language use, the chance of the child becoming bilingual is significantly smaller than if each parent sticks to one language when speaking to the child.

If your daughter from the outset gets used to identifying one language with you and a different one to the other parent or someone else she spends a lot of time with, it will make it easier for her to pick up the languages. She will also not mix the languages as much. Note that every child growing up with more than one language does mix the languages to a certain extent and this is nothing parents should be too worried about. Children will learn to identify which words belong to which language soon enough, but if the family’s language use is consistent, the amount of mixing will be smaller.

Children mixing languages is not a problem and with enough exposure they will learn to keep the languages separate. This kind of mixing which happens when children are learning a language should not be confused with language mixing of fluent bilinguals (code-switching). Bilinguals speaking to other bilinguals do throw in words from the other language, but do it only with people that understand both languages. When bilinguals speak all the languages they know stay active in the brain, ready to be activated, and if a word seems better in another language, this might be used.

In the past I haven’t been too keen on code-switching, but having studied it in some more detail, I realise that it really is a skill in itself and has its own strict set of rules. However, if you want your daughter to acquire both (or all) languages of your family, I would recommend that you try to keep the mixing to a minimum while she is still learning the languages.